For the past few months, we've been watching construction start on a series of new commercial buildings on the North side of Liberty Lake, adjacent to Greenstone's River District subdivision. And now that those new buildings are nearing completion, Greenstone has formerly announced that the project is the beginning a new mixed-use development that will go by the name NoLL , which is an abbreviation for North Liberty Lake.

NoLL is intended to be a similar project to Greenstone's popular Kendall Yards development nearby Downtown Spokane. NoLL will be a pedestrian friendly complex filled with locally run stores, offices, restaurants, etc. Apartments will also be included in the future of the project with rental units on the upper floors of some mixed-use buildings and exclusively residential buildings planned for the future.

When complete NoLL will include 10-15 buildings, 100 +/- apartments and an estimated 70,000 square feet of retail and office space as reports our colleagues at the Spokane Journal of Business.  And the new NoLL development is already coming together with a couple of business actually already open, and more coming in the very near future. Here's what to expect already in the exciting new development- 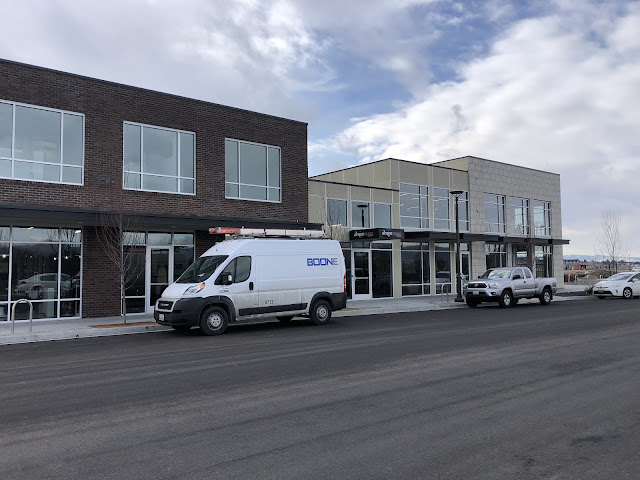 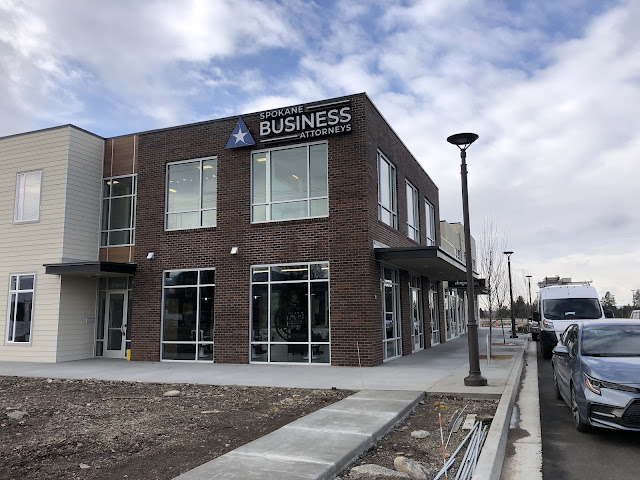 Above- Originally referred to as the River District Welcome Center on the building permits, this new building at 21802 E. Indiana (by the corner of E. Indiana and N. Harvard Rd.) contains the following new businesses:
Spokane Business Attorneys, which is a law office that leases space on the buildings second floor. They relocated from another site and are already open here.
Maverick's Men's Hair, a small local chain of men's barbershops which leases the furthest east space on the ground floor. They are now open here as well.
Lake Lashes, providing lash supplies and training Lake Lashes will open next door to Maverick's suite.
Greenstone Design Center / Leasing, Greenstone will have space in the middle of the building to provide office space for leasing and a design center to pick out the more customizable features of new homes sold by Greenstone.
New Love Coffee, next door to Greenstone's space will be a new coffee shop called New Love Coffee that is working hard towards a opening on Valentine's Day. New Love will roast their own coffee, offer a selection of pastries and the like and indoor dining space, including some on the second floor above the main shop.
3 Ninjas, at the western end of the building will be a new location of 3 Ninjas, which originally started as a food truck and in recent years has been known for their small restaurant in Kendall Yards. The Liberty Lake 3 Ninjas will be a second location for quick service restaurant business. (note- I didn't quite get their space included in the photo above, it's back a bit from the roadway and is there) 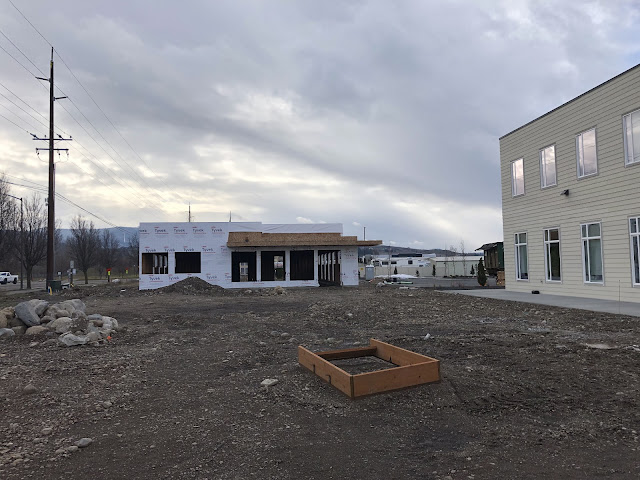 Above- A building currently still under construction behind the main building is to house a new dentist's office. 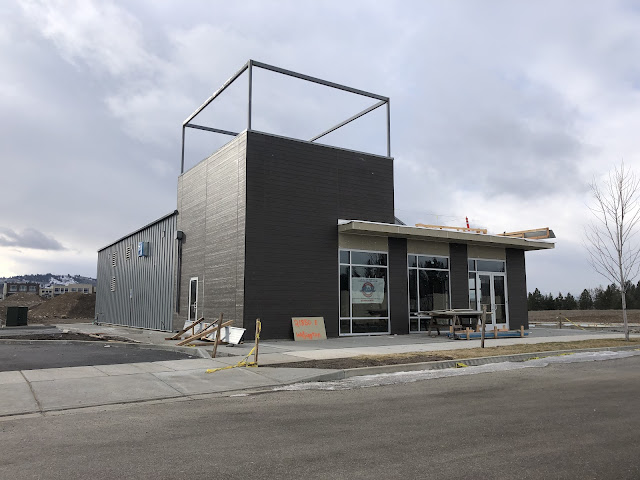 Above- A bit north of the main building at 21850 E. Wellington is another new building that will soon become the home Emry's Fermentations. The new business is a unique combination of both brewery and meadery, producing both beers and Mead. Emry's will also be a restaurant serving " European Peasant fare with modern techniques and local ingredients. 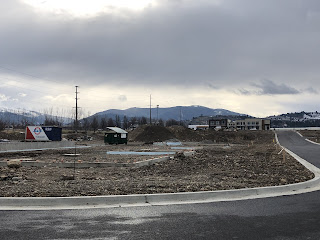 Above- there is even more in store at NoLL. Even though this picture transferred in a poor quality. It shows the foundations of one and possibly two new buildings already starting construction next door to the Emry's Fermentations build site. Rumor has it a winery will be here but want those involved announce / confirm. 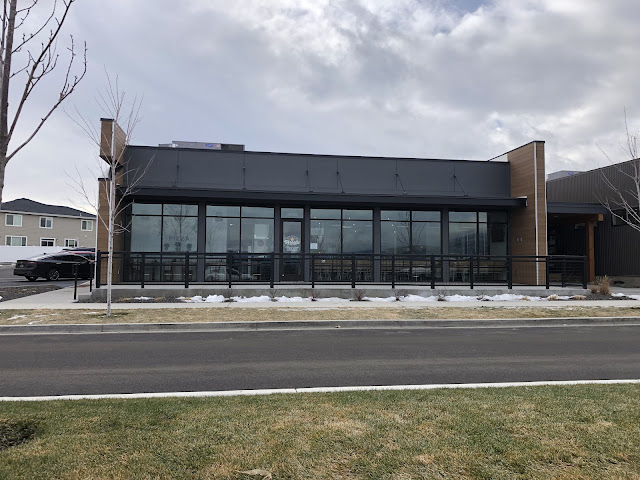 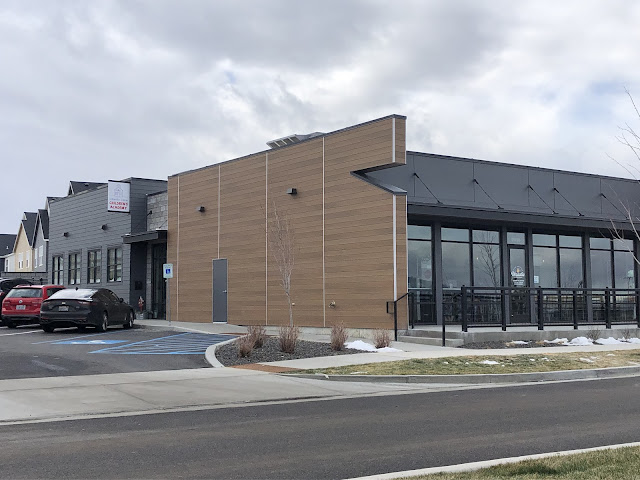 Above- Technically not part of the NoLL development but still developed by Greenstone is this " neighborhood commercial " building along E. Indiana , by Orchard Park in Liberty Lake and within walking distance of the NoLL development.
Sweet Annie's Artisan Creamery and Hello Sugar had already opened here but an addition to the building is wrapping up and includes two new commercial tenants. They are-
Liberty Lake Children's Academy which has a second location here and...
Versalia Pizza who also has a location operating in Kendall Yards and recently opened their new second location here recently.
What do you want to see come to the new NoLL development? Will you want to spend your dollars at such a place? We plan to keep a close eye on this development and honestly, we expect some very exciting new places to open here in the future.
NoLL's website not fully set up but will be at http://visitnoll.com , there is also already a Facebook and an Instagram page set up under the NoLL name, just do a search to find them and follow along with their progress. And, as always keep checking back to this site.
Posted by Matthew Behringer at 7:00 AM