In 1974, while Spokane was celebrating a local World's Fair, a woman in Tucson, AZ had an idea for a concept of secondhand shops, where customers could both buy and sell their clothing. That year her and her husband started the shop in a 450 sq. foot space in Tucson, and it seems to have worked out as now almost 40 years later that business, Buffalo Exchange now has over 40 locations and is now coming soon to Downtown Spokane. 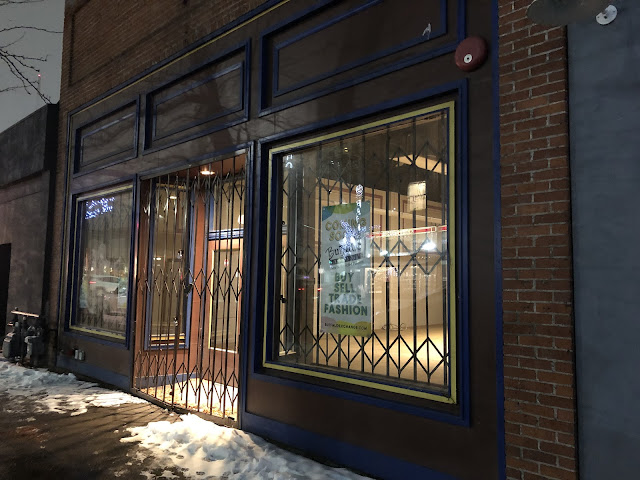 Buffalo Exchange, which already has locations as close as Seattle will open soon at 407 W. Main, which is the same storefront that was last used by the long running Millman Jewelers. We don't have an opening date just yet as we reached out to Buffalo Exchange's corporate offices in Arizona, but we're told it's too early to elaborate just yet. However, coming soon signs are already posted on the storefront's front windows. 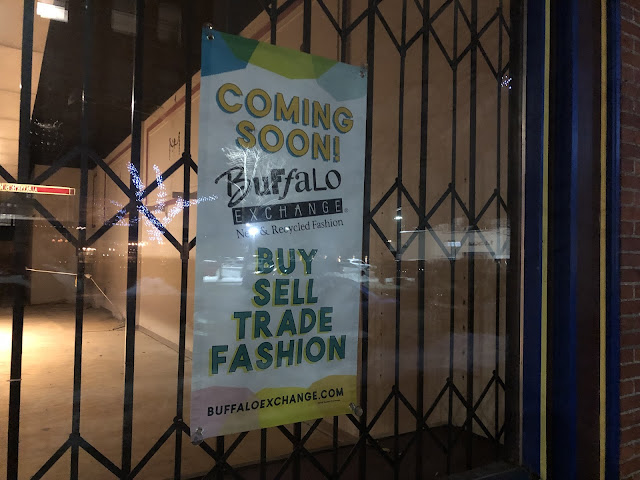 The space is about 8700 Sq. Ft and surrounded by many other retailers and restaurants, like Auntie's Bookstore. According to the website of Buffalo Exchange the company is still owned by the founding woman (Kerstin Block) and her daughter Rebecca Block and includes a quote " What I'm most proud of is how much we've been able to empower women. That and the clothes. It's always been about the clothes"

For more info on Buffalo Exchange, visit their website at http://buffaloexchange.com

Posted by Matthew Behringer at 9:49 AM