With more then 4 years in business, Cole's Bakery & Café the region's only completely gluten-free bakery and restaurant has recently completed a large expansion of their facility. The expansion will allows Cole's to provide more products and allow them to enter the wholesale market. 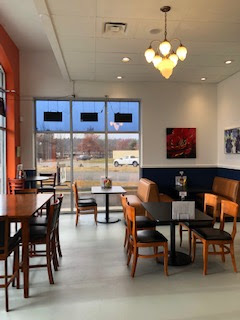 Cole's is located in North Spokane at 521 E. Holland , they opened there in August 2014 as a gluten free bakery with 1484 square feet of space. Now, with the most recent expansion Cole's boasts a significantly larger 4084 square feet. The expansion allows for increased workspace for food preparation, additional seating for restaurant customers and even a drive-thru window. This is huge as 1% of the US population has celiac disease and up to 5% of the population suffer from some level of gluten intolerance.

Eric & Jeanie Smith, owners of Cole's say they have seen steady growth since they opened their doors. " We have many local families that love our food and have supported us from the beginning " Jeanie said. The restaurant has also attracted customers from around the region including Pullman, Moses Lake and Coeur d' Alene. 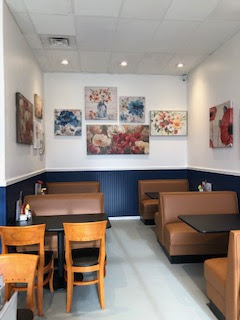 With the new larger space Cole's will be expanding into the wholesale baking market. " We hope to help restaurants and stores around the region meet their customers demands for more and better gluten-free options on their menus " Eric said. In addition to providing wholesale services Cole's will seek to expand their own bakery and restaurants offerings for individuals following the Keto diet.

The Cole's menu has also been expanded with new offerings such as curry ravioli and chicken parmesan. Ice cream in gluten-free cones and shaved ice will also be available for customers eating in or at the drive-thru window. Cole's is even open seven days a week with breakfast, lunch and dinner offered.

For those not able to travel to their location in North Spokane, delivery is also now available via Treehouse Deliveries and Cole's can be found regularly at the Kendall Yards farmers market during the spring and summer months.

For more information on Cole's Bakery & Café visit their website at-

Posted by Matthew Behringer at 1:36 PM