Locust Cider & Brewing is expanding to Eastern Washington with a new planned tap room in Downtown Spokane. This new location will join other established Locust Cider tap room's in Woodinville, Seattle and Tacoma. They say the new Spokane location is part of an expansion plan to make cider more accessible to a larger audience while providing a space to educate on the nuances of the cider world. Also, they plan to introduce their new beer concept and expanded food menu.

The new Downtown Spokane Locust Cider will be located at 425 W. Main with a opening date projected to be sometime this Fall. The family friendly tap room will be in the Historic Huppin's building and will have many similarities to their other Washington tap rooms. They will offer 16 taps, made up of 10 cider flavors including their core favorites, popular returning seasonals and limited specials. The other 6 taps will be dedicated to their beer's including traditional flavors and rotating experimental flavors.

And, as I mentioned the new Spokane location will have an expanded food menu that includes sausages from their partnership with Uli's Famous Sausage of Seattle. They also plan to have wine in cans and an array of retro video games for young and old to enjoy. 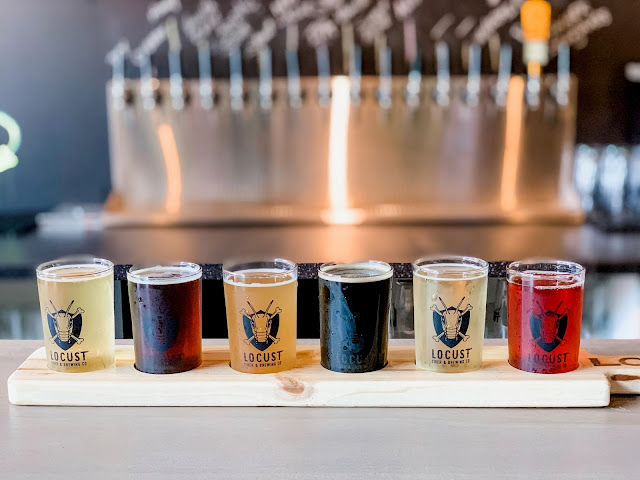 “On a very high level, we are opening tap rooms so we can get as close to our customers as possible" said co-founder Jason Spears. The ciders and beers of Locust Ciders are all made using ingredients sourced from here in the Northwest. The company was founded in 2015 and by Patrick and Jason Spears and they specialize in crisp modern ciders. The beer end of the business was born just this year with a partnership between them and Dirty Bucket Brewing Co and now are all facets of the business are operated together under the new Locust Cider & Brewing Co. name.

For more info on Locust Cider & Brewing Co. , visit their website at-