Spokane Pizza Co. , which opened their first location earlier this year and does business there as The Pizza Co - North Spokane at 9225 N. Nevada have leased a well known storefront space in Downtown Spokane.

Commercial real estate brokerage Kimele Hagood shared today that Spokane Pizza Co.'s parent company JGFH,LLC has leased out the 4,869 SF former Rocky Rococo space at 520 W. Main, in Downtown's Bennett Block building. However we are now told this location will operate as a different, yet to be announced restaurant concept. 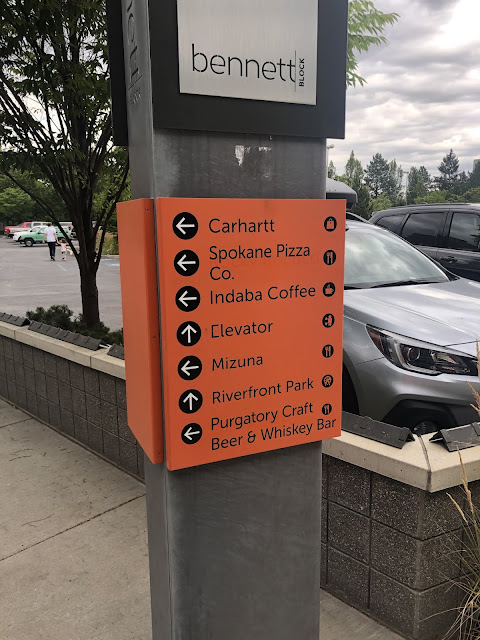 Directional signage in The Bennett Block's adjacent parking lot has also already been update to show the new business , however there isn't an opening date announced to us just yet. As seen on the sign, another new restaurant tenant is also coming soon, Purgatory Craft Beer & Whiskey Bar is planned to open in the former Chronic Taco space and set to open around the middle of September.

Posted by Matthew Behringer at 11:56 AM