Originally planned to have construction start in early 2022, delays happen and construction is just now starting for a new commercial development to be built at 2210 N Madsen Rd, near Appleway in Liberty Lake. Plans call for the eventual construction of two buildings to be built on what is currently a vacant lot next to the existing Trailbreaker Cider facility. 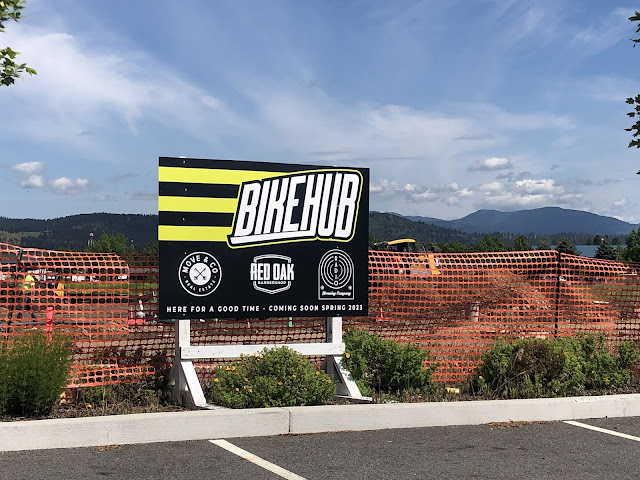 Paperwork filed in the project's SEPA application indicate a 7500+ SF building to be constructed across from a 6500+ SF building that is indicated as phase two. A new surface parking lot would also be added by the buildings and some land towards the back of the lot that would remain undeveloped at this time. 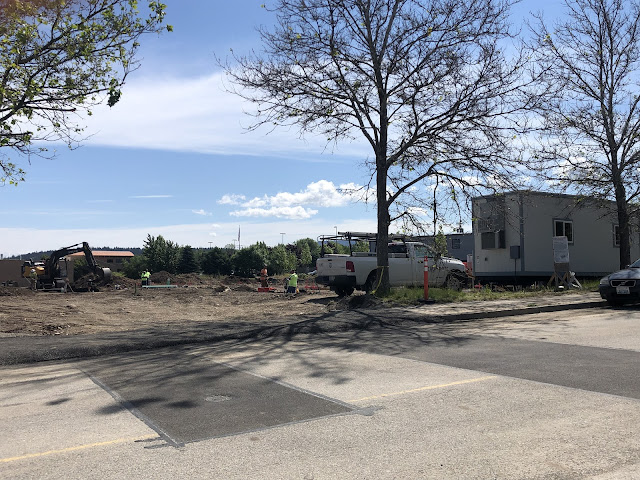 Bike sports sales and service business, Bike Hub is to be the main tenant for the project taking what's shown as about 4600 SF. Three other tenants are already signed on to open in the development and are even included on a sign at the site. Among these businesses are Move & Co. Real Estate, Red Oak Barbershop and Radio Brewing Company.

Radio Brewing Company will be a new addition to the Spokane area brewing scene, coming to Liberty Lake from their current facility in Kellogg,ID. We believe this will be a second location for the brewery. The other two are new businesses and all should open around the Spring of 2023. JW Elmer Construction of Spokane is the general contractor in charge of the project, with Architectural Ventures doing the architectural design work.

Posted by Matthew Behringer at 6:26 PM