In 2020 a local company called Coeur Climbing Company had planned to build a new construction climbing gym on vacant land on the north side of Coeur d' Alene. But like in many other instances the pandemic put that plan on hold indefinitely.

They clearly didn't give up on the plan to bring a rock-climbing gym to Kootenai County as they recently announced their new revised plan via social media. Coeur Climbing Company now says they are leasing a large warehouse space in Post Falls' Riversbend Commerce Park for their future location, which they hope to open sometime in early 2023. 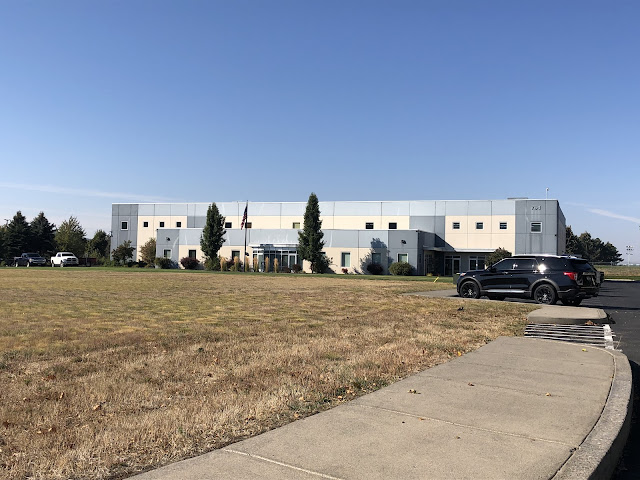 764 S. Clearwater - The building where Coeur Climbing plans to lease a portion for their new climbing gym.

Coeur Climbing Company will take over part of the building at 764 S. Clearwater Lp. . In the business's post they indicate the new facility will include 5000 Sq. Ft. of bouldering space and 1000 Sq. Ft. of roped climbing space at 24' heights. Additionally, they plan to include a yoga studio, weights and cardio equipment and training walls. Their website also mentions retail rock climbing gear and a cafe being possible.

Posted by Matthew Behringer at 3:43 PM