At the beginning of this week we did a brief post about the start of construction for Millennium Monroe, a new mixed-use project rising in the 2000 blk of N. Monroe St ( Read that story here! ). But, the locally based developer Millennium Northwest, LLC also has another similar project that's also moving forward only a short distance away within the Garland District. 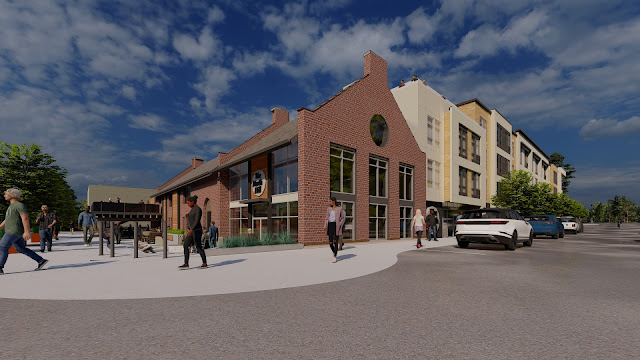 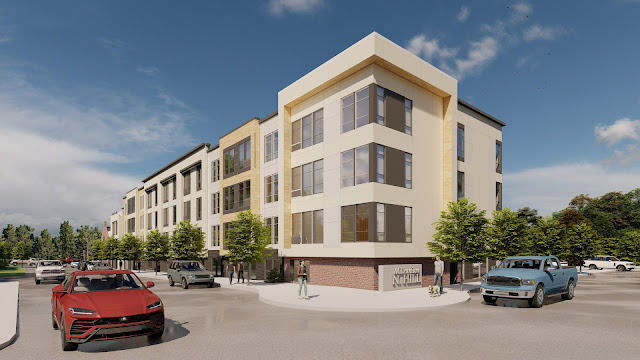 That project is called Millennium North Hill, and they recently applied for building permits to start construction in the nearish future. A rep. of the developers tells me that they hope to break ground on this project prior to Spring of 2023, with an estimated completion date in Spring of 2024. The site will be on the eastern edge of the Garland Business District at the corner of Garland & Wall (3909 N. Wall) and will incorporate the existing former North Hill Masonic Lodge building into the plan. That building is to remain home to Synergy Real Estate and The North Hill Restaurant just as it does today. 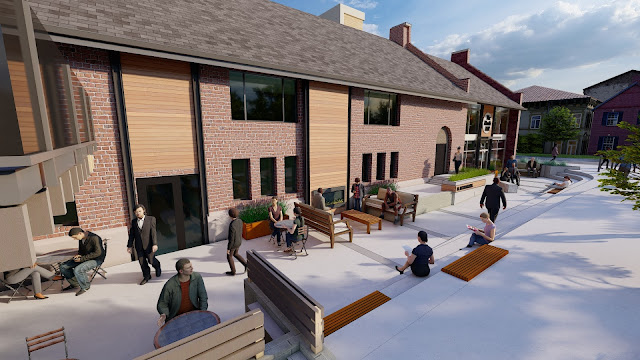 Plans call for constructing new plaza space off of Garland, which we're told North Hill restaurant hopes to use at least a portion of the new plaza for food and drink service. An addition of just over 1500 Sq. Ft. would be added to the existing structure and made available as new commercial space and connecting the project's new building with the old.

Behind the Masonic Lodge building will be a new construction building with 4 story's and 60 newly created apartments. And, just like the Millenium Monroe project, the North Hill development will have Baker Construction & Development acting as the general contractor and Bernardo Wills Architects doing the architectural work for the project.

As always, we plan to keep track of this project throughout its progression so stay tuned!

Posted by Matthew Behringer at 7:44 PM