Proposed Hayden Medical Plaza to rise, along with multi-level apartment building in Hayden

The City of Hayden, like much of America is aging and with an influx of new residents moving into the small North Idaho city the demands for health care are growing. This is major reasoning behind a new development now being proposed by Spokane based developer K.D. Hull Corp. who is the same group behind Spokane's Iron Bridge Office Campus.

The development is being called the Hayden Medical Plaza and will consist of a two story, 59,000 square foot modern office building with both an above ground parking lot and a  underground parking garage below the building able to park 166 cars. 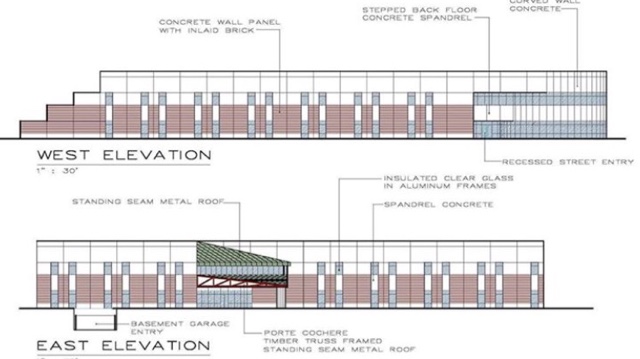 This office building will rise at 8521 N. Wayne Dr , just off of Government Way and just south of Honeysuckle Ave. Currently there are no tenants announced for the site but marketing and leasing work is underway with the plans being in place to open the doors the building in 2018. 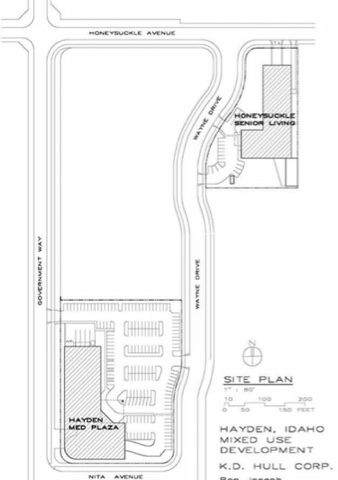 Further north on Wayne Dr. however is another development that will tie in well with the Hayden Medical Plaza plan. K. D. Hull Corp. also plans to build a new building called Honeysuckle Senior Living on the southeast corner of Wayne Dr. and Honeysuckle. This facility will be a new senior housing option and while it is not a high rise it will surely dominate the skyline of Hayden's city center. That's because Honeysuckle Senior Housing will be a six story, 20,000 square foot (per floor ) complex with an underground parking garage just like the Hayden Medical Plaza building. In all this new senior apartment building will have about 70 apartments with the ground floor set aside for activity areas and a pool.

The entire development also boasts quite the location, being just a short drive east of US 95 and the Hayden Wal Mart and an easy trip south into Coeur d' Alene. Several restaurants , stores, banks, etc.. also dot the development's immediate area.