Earlier this year the Kalispel Tribe announced their plans to expand Northern Quest Resort & Casino. And, today the Tribe hosted a ground breaking ceremony which will expand the resort and add a number of new family friendly features to the sprawling campus on Hayford Rd. in Airway Heights.

But, while it's exciting to know construction will be getting underway on the expansion, it's even more exciting that officials announced a couple of new places that will be added to the expansion area. Items announced we're-

- A new apartment complex, to be built behind the new RV Resort.

The apartment complex will have 216 apartments that are described as market rate units. It will be built as a partnership between the Kalispel Tribe and TWG Development,LLC of Indianapolis,IN. . The complex will be pet friendly with an on site dog park , clubhouse, outdoor pool , sand volleyball court and basketball court. Some garages will also be available for tenant use.

The yet to be named apartment complex will be built on a little over 10 acres directly the west of Northern Quest's new RV Park. The RV Park will be directly behind the Tribal owned Chevron at Legacy Landing on Hayford Rd. Construction on the apartments starts likely in the fall with leasing coming sometime in 2018.

Also, perhaps the more exciting news is they are planning a Movie & Dinner movie theater. The new theater will feature first run films in a newly constructed 25,000 square foot building that will offer six " boutique screening room auditoriums " . It will also have a Brut-Gourmet style restaurant and bar all located across the street from the existing Casino entrance by Epic Sports Bar.

The restaurant with the complex will feature a menu of what they describe as simple foods and bold flavors led by Chef Mark Desmet. The restaurant will seat about 130 and all food include movie theater staples like popcorn and soft drinks can be delivered straight to your reclining movie seat.

The complex will use the Movie & Dinner branding which was created and is operated by CeneGenesis who has a long history of exciting movie theater innovations. The new Movie & Theater complex will also open for business in 2018 and will create around 50 to 75 jobs. It will also offer a full bar. 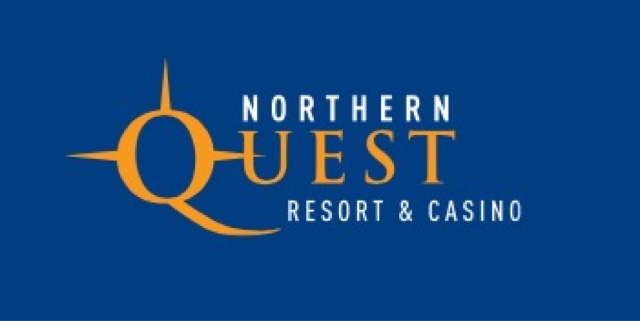 And, for those not familiar with the large expansion coming to Northern Quest Resort & Casino. Here is what else they are planning to build-

-Expansion of the Casino's food court, featuring at least 2 more restaurants, they have yet to be named however.

In all, this expansion will create hundreds of new jobs. There is no expansions for the main casino floor or hotel although they are calling this " phase 1 " so we expect more announcements in the coming months and years. Keep watching this site for more on the progress...

For more information on Northern Quest Resort & Casino, check their website at-

Posted by Matthew Behringer at 9:03 PM