We first mentioned the new Ponderosa Village project back around the first of the year. If you don't already know about this project, it's a cool new commercial development with several buildings to be built along the 11200 block of S. Dishman-Mica Rd in Spokane Valley. The project will be built out in phases and the developers promise to make it a neighborhood oriented center, listening to the wants of the area when bringing in businesses to the site. 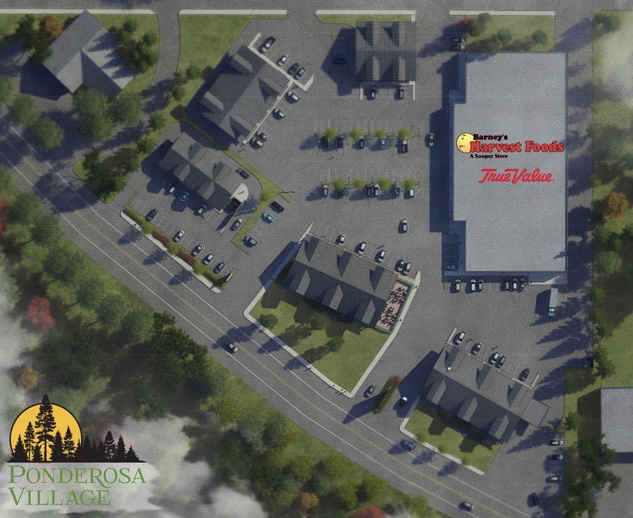 The whole project will surround and will be anchored by Barney's Harvest Foods, a grocery store that's already at the site. And, although it's happening a bit later then originally expected, we're happy to report that construction is finally underway! 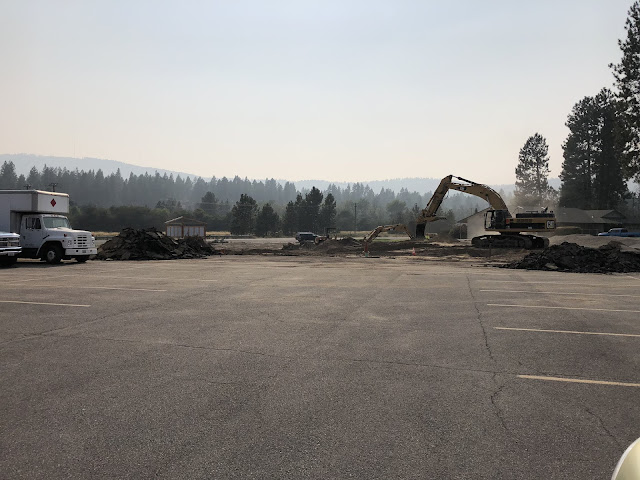 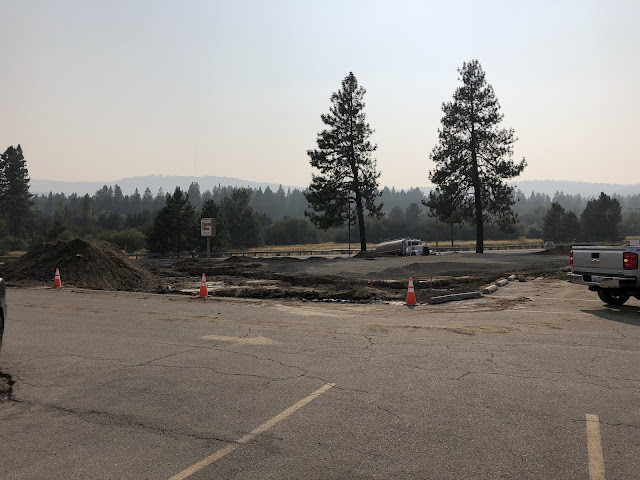 We stopped by the site yesterday ( 8/15/18 ) and observed substantial site work, and even some early foundation work. And, while clearly it will be some time before any businesses actually open there, we are already learning what will likely be there. One space has been leased to a spa / salon to be called The Mix Salon & Day Spa, and i'm told they will likely have a coffee shop and a restaurant coming that will be announced soon.

Since this project was announced the owners have also acquired a small lot to the east of the grocery store, allowing for the completed Ponderosa Village to be slightly larger then originally planned. When fully built out Ponderosa Village will have 6600 square feet of space, 15 possible retail spaces, and 180 convenient parking spaces.

Note-  This site is not affiliated with the project.
Posted by Matthew Behringer at 1:00 AM