A few months ago we mentioned the construction of a new commercial building at the corner of E. Sprague & Flora, next to Ziggy's in Spokane Valley. The building shell itself is now complete and work is happening now to build out the space for 2 tenants who compliment each other quite nicely. 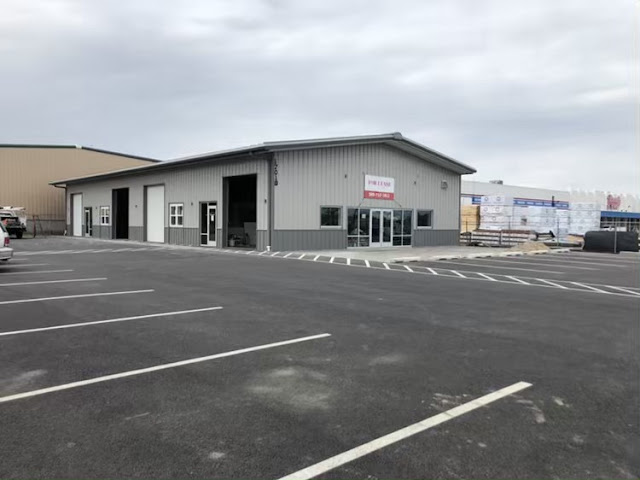 The building, with an address of 17018 E. Sprague, will house a brewery and a pizza place. Both businesses we're already established elsewhere in Spokane Valley, with one moving here and another opening a second location here.

Here is who is opening soon at corner of Sprague & Flora-

River City Pizza is a locally owned and operated pizza place that is a favorite of many with a location on N. Harvard Rd. in Otis Orchards. They will keep that location open as well, making this their new second location.

This new River City Pizza location will be about 2500 square feet and will offer carry out and delivery pizzas as well as a few other menu items. The new location should open sometime around the middle of July.

For more info on River City Pizza, check out their website at http://www.rivercitypizza.com

Genus Brewing has evolved since their opening as Nu Home Brew & Bottles back in 2013. They are moving from their originally location further west of Sprague to the corner of Sprague & Flora.

There hasn't been an opening date announced just yet but they will likely be opening in the coming weeks as they are further along in the remodeling process. Like River City Pizza, the space for Genus Brewing will also be about 2500 square feet and will be larger then their original location.

Their new store will serve beers made on site by Genus, as well as some home brewing supplies. They won't serve food at first but will have seating for 43. The owners next door at River City say they hope to work together at times but exact plans aren't certain so early in the building process.

For more info on Genus Brewing and Supply, check out their website at http://genusbrewingco.com


Posted by Matthew Behringer at 8:36 PM