Four Eyed Guys Brewing has played a part in the Spokane Beer Scene by brewing up some awesome small batch beers. And, despite not having an open to the public location many have tried and fell in love with their beers at various bars and restaurants throughout the area. 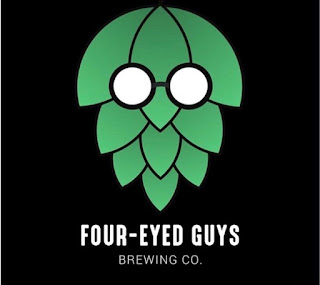 But, they are growing and adjusting their vision as they recently signed a lease for a new tap room. Work will start in the near future for the new location which will be at 910 W. Indiana, within the North Monroe Business District.

The new Four Eyed Guys Brewing tap room with about 1600 square feet and will serve their beers and they plan on also having cider, wine and kombucha. Food wise they plan to start with some small food items and build up the menu from there.

We'll keep an eye on this new project, stay tuned. And, for more info on Four Eyed Guys Brewing like them on Facebook at http://www.facebook.com/foureyedguys or on Instagram at @foureyedguysbrewing
Posted by Matthew Behringer at 7:40 PM