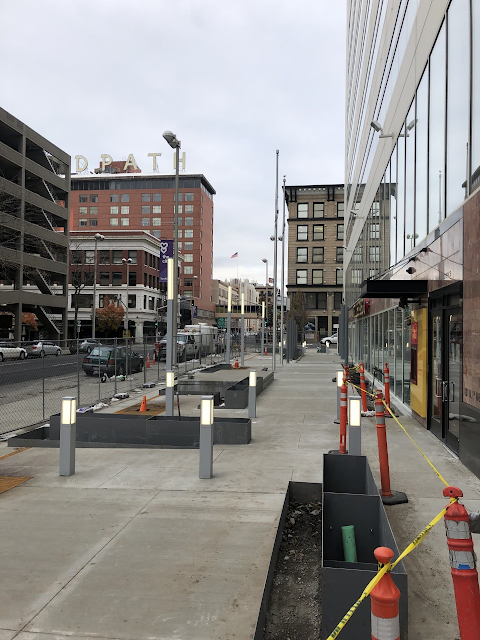 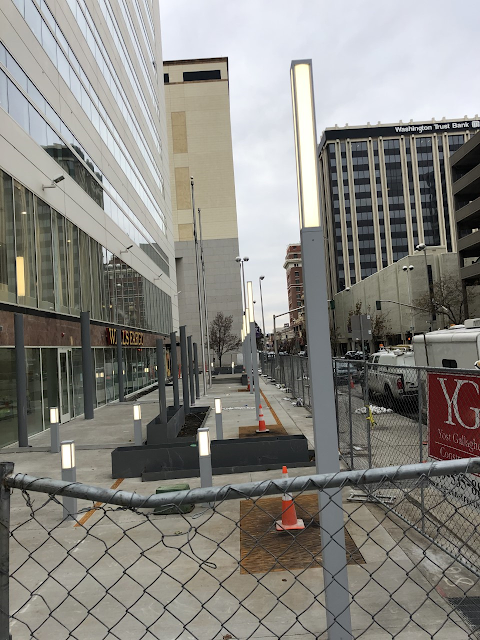 A few months ago, Washington Trust Bank acquired another piece of Downtown Spokane's skyline with the sale of the Wells Fargo Tower at 601 W 1st Ave. . Despite the sale the building still maintains it's Wells Fargo Center name. And as of the sale, an article ran by KXLY reported the 17 story building was approximately 85% occupied with primarily office space.

In January of this year Washington Trust started a large remodeling of three floors of the high rise that is now nearing completion. As part of that project, the lobby space has been updated and modernized, as well as a new look for the ground floor plaza space out front ( see photos ).

Additionally, the new lobby will house a new coffee shop that is tentatively set to open in December. The new coffee vendor will be a location of Brews Bros., and will be the small chain's third store and second in Downtown Spokane as another will remain open near the STA Plaza at 734 W. Sprague.

This new coffee shop will go by the name Brews Bros. Bar & Bistro and will take up an 1000 square foot space that will include some indoor seating and an outdoor patio. We're also told the new location will have food menu and an expanded selection of beer and wine.

Posted by Matthew Behringer at 1:11 PM