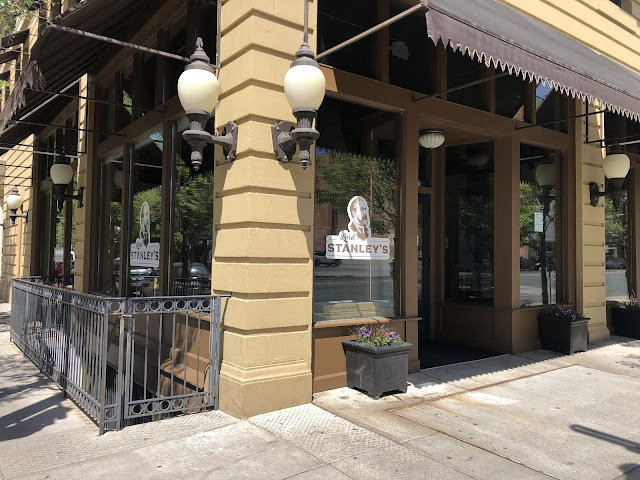 Described as Spokane's future premier hockey bar, construction has begun for Lord Stanley's , coming soon to Downtown Spokane. The new bar and restaurant will be located on the ground floor of The Legion Building at 108 N. Washington, on the corner Washington & Riverside.

They are currently planning to have Lord Stanley's open by sometime in August. The business's website indicates that they will carry every NHL game and are actively seeking more Hockey memorabilia to decorate the new space. They also mention the new bar will have 16 TV's , a huge 165 inch HD projector screen, a full bar and a food menu. The menu is still a work in progress as of this moment however.

Lord Stanley's is even named after a Hockey great, Sir Frederick Arthur Stanley, Lord of Preston, who is the creator and namesake of the Stanley Cup.

Posted by Matthew Behringer at 11:41 AM