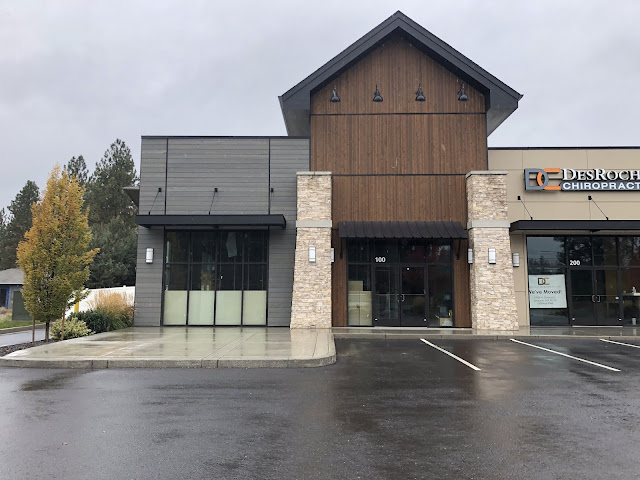 Work is underway for a new Dutch Bros. Coffee location in North Spokane. The popular coffee shop chain will lease suite 100 of the newer shopping center at 11921 N. Division, a 1700 SF site with a single drive thru lane that runs behind the entire structure. The site is located in-between the main Wanderemere neighborhood and Whitworth University and will be the 11th location for the chain in Spokane area.

Spokane area Dutch Bros locations are all owned by former State Representative and well known local businessman Kevin Parker. Parker, told us by email that they are hoping to have this new Dutch Bros. open sometime in December. He also confirmed this location will be the first in the Spokane market to have a lobby with indoor seating.

Kevin Parker also recently confirmed in a interview with our friends at the Spokane Journal of Business that the company will also soon re-build their location on S. Freya near I-90. That location was demolished recently following a severely damaging truck accident.  That location will likely re-open next year.

Posted by Matthew Behringer at 5:41 PM