Amazon possibly a tenant in new warehouse, under construction on the West Plains, by the existing Amazon facility 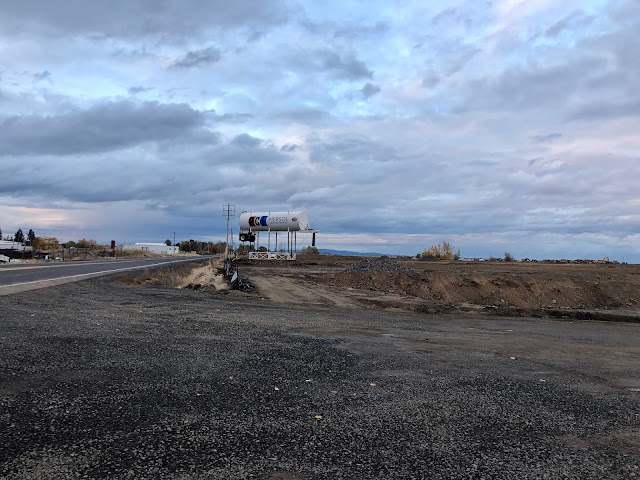 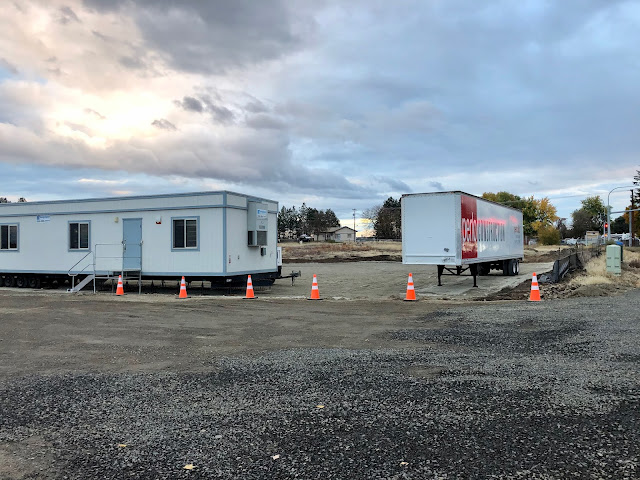 Many have emailed in asking about some construction work that has recently started, near the corner of Hayford Rd and Geiger Blvd. on the West Plains. While not much can even be seen at the site yet, construction crews have begun clearing a large area there, which is just west of Amazon's existing West Plains fulfillment center.

The plan for this land is a large new warehouse, with 278,670 SF of space , numerous loading docks ( about 80-100 ) and a large on site surface parking area with approx. 303 automobile parking stalls and 296 truck / trailer parking stalls. All with an address of 6125 S. Hayford Rd.

The developer is listed as Panattoni Development Company, Inc. of Tacoma and some early documents with this project indicated that it would operate as a " cross-dock truck terminal and sorting of packages would occur on site " . But, even though construction has officially started there has yet to be any official announcement showing the planned tenant for the warehouse.

In fact, it's speculated that this warehouse will also be used by Amazon and will be the ecommerce giant's fifth facility in the Spokane area. The lack of company name is common in Amazon construction projects and on some publicly filed planning documents the development is referred to as GEG5, which keeps in line with Amazon's site naming plan i.e. GEG1 is the West Plains Fulfillment Center, just down the road and GEG2 is the new Amazon center off of Barker Rd. in Spokane Valley.

Although it cannot be confirmed, those same documents also indicate that upwards of 700 people would be employed at this new Hayford Rd. warehouse.

Posted by Matthew Behringer at 4:47 PM