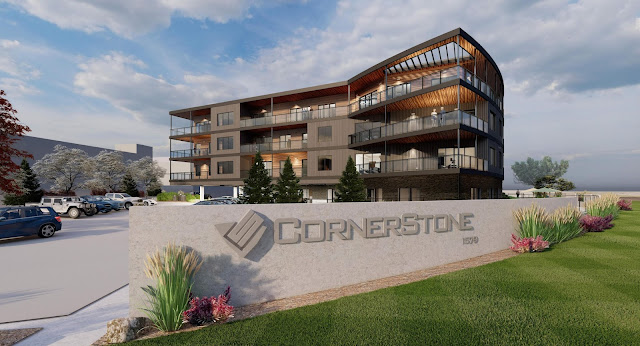 Ground was broken earlier this month for a new mixed use building, which is now fully under construction in Coeur d' Alene's Riverstone development. The building is being constructed on one of the last remaining empty parcels in the development.

Named " Cornerstone " the new building was designed by Architects West, Inc. and is being built by general contractor Ginno Construction. Cornerstone is being developed by John Stone and partners under the name Riverstone Holdings. Stone developed much of the Riverstone development itself, which today includes a shopping center area, numerous restaurants, hotels, office space, single family homes, condos and apartments. While most of the development has now been sold to other entities, the Cornerstone project is being viewed as Stone's last contribution to the plan. 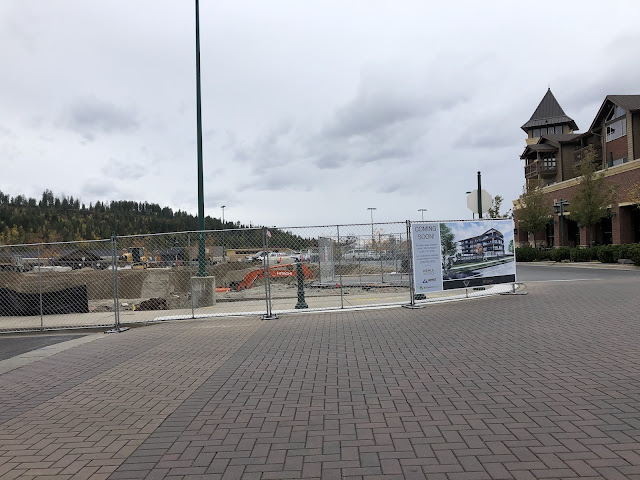 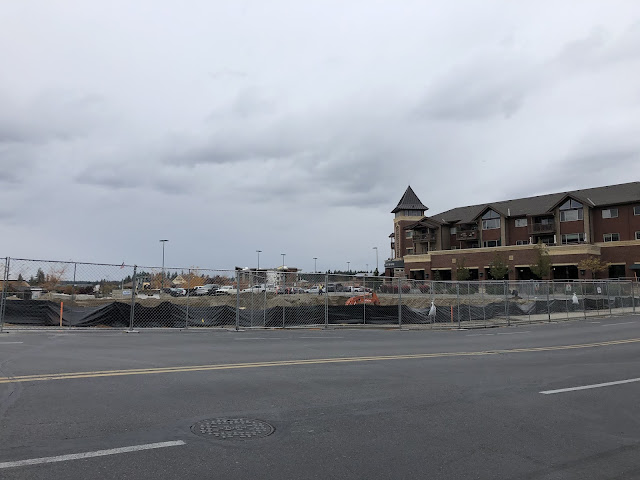 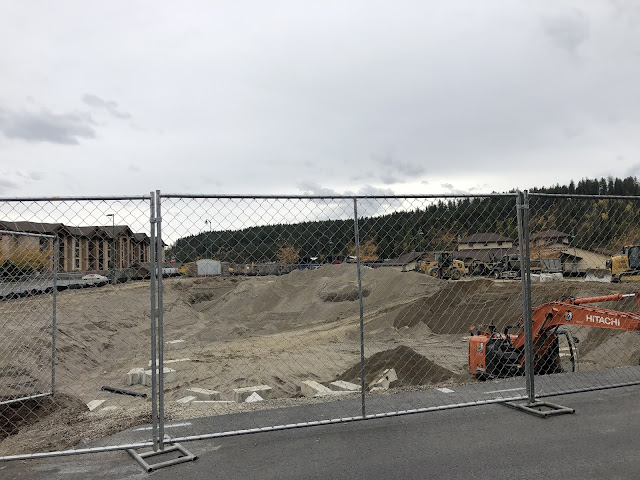 Cornerstone will be located towards the southern end of the "Village at Riverstone" section of the development. The building will be a 4 story structure with a private underground parking garage. The ground floor will have about 8000 SF of commercial space, which has already been claimed / leased, but with no tenant announcements this early in the project.

Floors 2 and 3 will have a total of 12 condos , 4 three bedroom condos at roughly 1800 SF each and 8 two bedroom condos at roughly 1450 SF each. The fourth floor will feature three penthouse condos ranging from 2600 SF to 3000 SF. All condos and penthouses will feature large open balconies. It is estimated that Cornerstone will be complete at/or about November 1st, 2022, about a year after the start of construction.

Posted by Matthew Behringer at 3:56 PM