Caprotti's Sandwich Shop is a Las Vegas based sandwich shop chain that has enjoyed a lot of growth recently. They also do have a following, in fact we've even had a few emails asking us when Caprotti's is coming to the Spokane / Coeur d' Alene area

Well, the answer to when they are coming to our area is ... very soon actually. An alert reader was quick to point out that a Post Falls based franchise owner had filed building permits to remodel and open a new Caprotti's restaurant location in Coeur d' Alene. 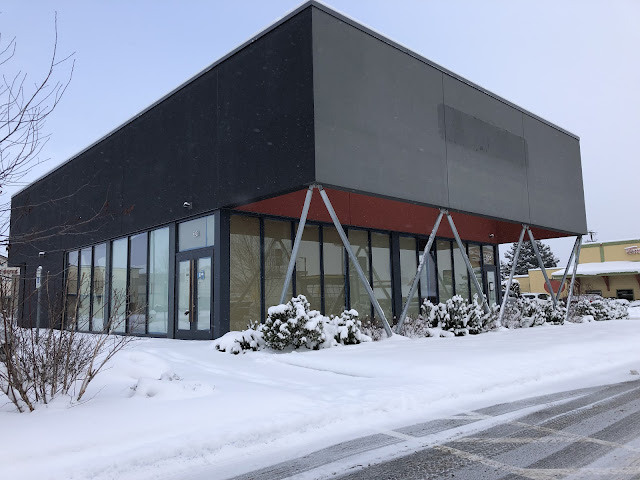 According to permits the new Coeur d' Alene Caprotti's will be at 305 W. Appleway, just east of US 95. The building was built new just a few years ago for a relatively short-lived Chipotle Mexican Grill location. It has sat vacant ever since Chipotle left in late 2018.

Currently the Coeur d' Alene location appears to be the only location planned in the Spokane / Coeur d' Alene area, with others listed dotting the map from Suffolk County, NY to Tulsa to Santa Monica. Currently the company reports over 100 locations but aims for 500 by 2025 and was even ranked #17 of Fast Casual Magazine's Movers & Shakers list of 2020. So, perhaps more stores will be coming? we'll be watching, and in the meantime check out their restaurant's at- http://capriottis.com

Posted by Matthew Behringer at 5:45 PM