One of the larger construction sites in the City of Spokane over the last few months has been a new addition to Kendall Yards. Two buildings have been being built, led by general contractor Baker Construction & Development, near the entry to Kendall Yards. The site falls in-between the My Fresh Basket grocery store and the existing Kendall Yards Business District. And, while crews will likely still be there for a time, we're beginning to see people and business moving in now, meaning completion is imminent. 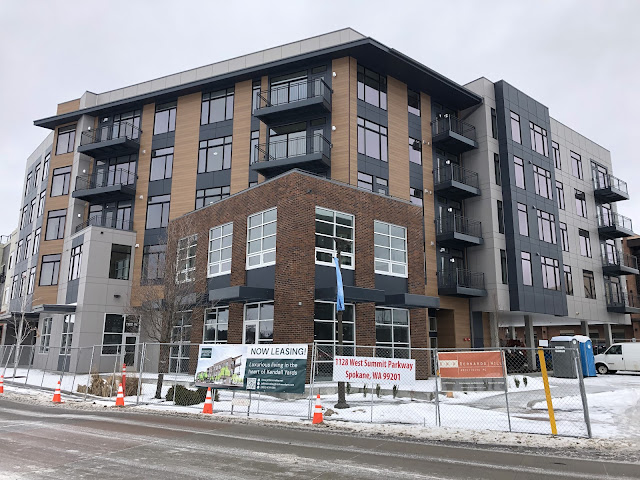 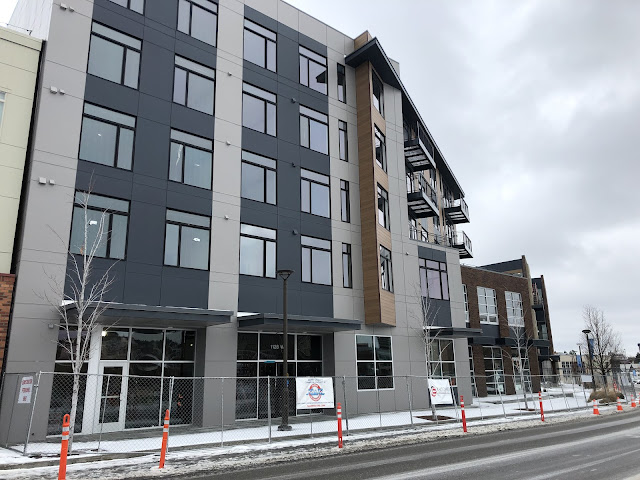 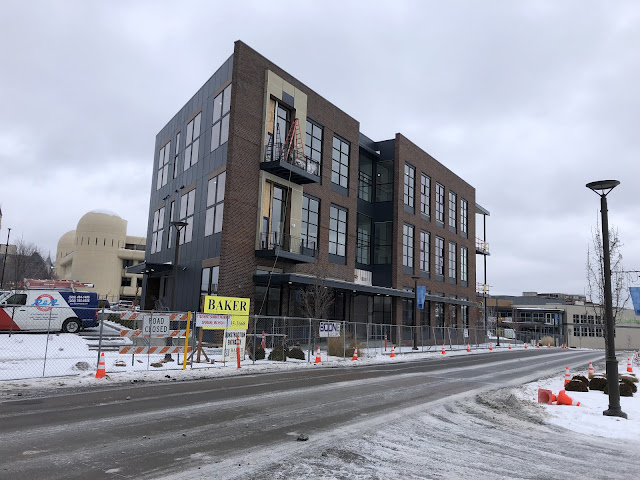 The upper floors of both buildings are made of apartments, which are considered a new apartment complex called Jefferson Alley and managed by Rockwood Property Management. The larger " West of Jefferson " building contains 41 apartments and the Flatiron Building houses 8 more unique apartments. We checked and the apartments in the larger building we're to come available for leases starting on Jan. 14th, with the Flatiron Building apartments coming soon. Studio, one- and two-bedroom floor plans will be available at Jefferson Alley, with rent ranging from $1235 to around $3100 a month.

The ground floor of both new buildings will be commercial space. There are no leases signed just yet on the Flatiron Building, although something is surely coming soon there. The larger "West of Jefferson" building presently has two businesses for sure coming soon to its commercial space.

Additionally, a new restaurant is also coming to this area of Kendall Yards as well. However, we reached out to the leaseholder for more info and we're a bit too early, as they are still working on their plans and don't want to share their info for a few weeks. We plan to check back in the future and report on this as soon as we respectfully are able.

Elsewhere, in Kendall Yards we continue to occasionally check in on the construction at Uprise Brewing. While technically, the project is not physically in Kendall Yards (it's across the street) the project is coming together to open a new brewery at 617 N. Ash. An actual building is now on the site, and we understand the new brewery is to open for business this Summer.