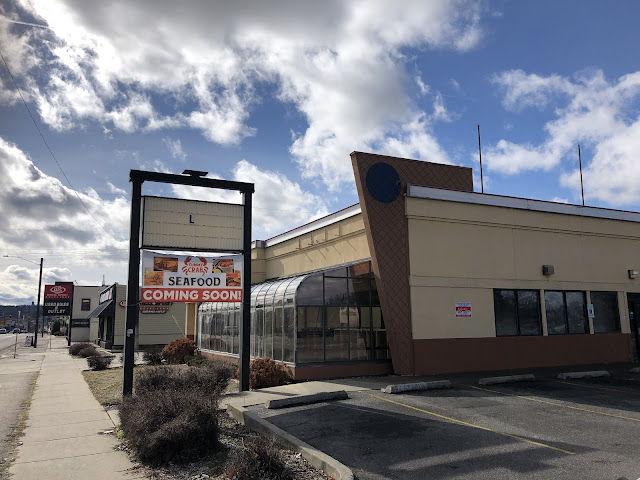 A banner sign is now up indicating a new Crab forward restaurant coming soon to the former Burger King building at 1723 N. Division, near Gonzaga and a bit north of Downtown Spokane. The new restaurant is called Yummy Crab and will lease the entire 4007 SF structure with Steven Barbieri and Ryan Oberg of Goodale & Barbieri being reported to us as handling the lease for the new restaurant.

Yummy Crab is a relatively small North Carolina based restaurant chain; this will be the first location for the company in Washington state. We reached out with questions, but they declined to comment this early in the process to us. Although they do tell the Spokesman Review, that they hope to open in about three months after renovating the former fast food restaurant.

Yummy Crab restaurants are primarily known for seafood boils, but their menu also includes a selection of fried seafood. Beer and wine are also planned to be included as per the newspapers write up.

Posted by Matthew Behringer at 12:35 PM