The Garland Mecantile opens in the heart of the Garland District

Local produce and grocery items from a locally owned and operated business, that's what customers will find at one of the newest stores along Garland Ave. in Spokane. The business which is called The Garland Mercantile opened a just a few weeks ago at 823 W. Garland, although the people behind the business also ran a produce stand inside the now defunct Spokane Public Market during most of that market's run. 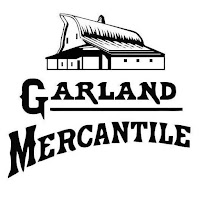 The Garland Mercantile has most any kind of produce you can think of from watermelon to bell peppers to you name it. Produce is fresh and in season with being grown usually within Washington State. And, of course being located in Washington the store also sells the state's most famous crop, apples , Fuji and Honey Crisp Apples being promoted as in stock as I write this.

While local produce is at the fore front of their business at the Garland Mercantile , it's not all they offer.  They also carry Mick's Pepper Jellies from mild to ghost pepper hot and 32 flavors in-between, Killian's Gourmet Popcorn, Tom Sawyer Coffees, four different hot & BBQ sauces including Fletchers & Booey's and so much more. And, of course being in Spokane, Huckleberry is a huge part of the business with an entire shelf in the store being dedicated to huckleberry products.

The business is open to the public Mon - Sat 9am - 6pm and closed on Sunday. For more information The Garland Mercantile find them on Facebook at-


Posted by Matthew Behringer at 9:00 AM