The building at 410 W. 3rd Ave in Spokane's SoDo area has been apartments for a long time. But, the building, which was known as the Danmore Apartments has undergone a top to bottom renovation and has now re-opened as a exciting hip new apartment complex called SoDo Commons.

Even the outside has been transformed and now the exterior totes a dark red and black look that really makes the building stand out. The renovations come after the building was acquired by Chris Batten, a local developer who owns RenCorp Realty,LLC . As part of Batten's renovations the building has been converted to " micro apartments ". SoDo Commons has 32 such apartments, all studio units which are 350-450 square feet and will be available for move in at the beginning of December. 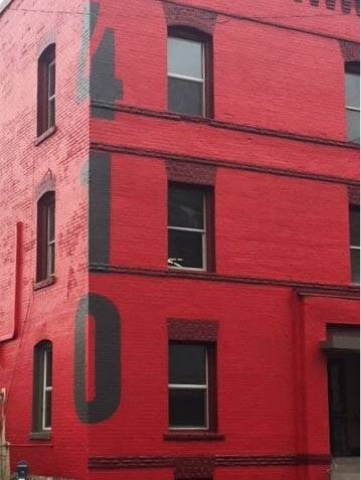 The apartments at SoDo Commons feature exposed brick, hardwood floors, euro style cabinets with quartz counters, stainless appliances and dishwashers. There has also been a number of upgrades to the bathrooms as well. The entire building has a totally different vibe and will surely prove attractive to those looking for apartments in Downtown Spokane. 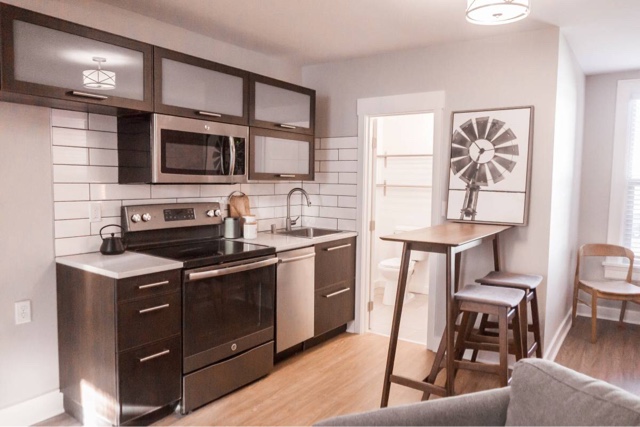 The building itself now has a clubroom, workout facility , onsite laundry, secure entry with 24 hour video surveillance and a common outdoor patio with grill. But, while the building is cool, the location makes it all worth while with the Downtown core within walking distance. The schools that make up the University District are just a short drive away and public transit via STA is everywhere in the area.

The re-development of this building is just one of three projects aimed at breathing new life in this section of Downtown Spokane. Directly next door HDG Architecture recently renovated the building that once housed Carr's Corner bar into new offices for them and their sister company Propaganda Creative and a selection of other business tenants. Just feet away from there at 327 W. 3rd Ave. another ownership change has resulted in a renovations to that building as well. That building is being called the Third & Washington Building and still features some of the same business tenants but also has a large space for lease where they are hoping to lure a new restaurant tenant.

Note: I am not affliated with the landlord or anyone involved.

Posted by Matthew Behringer at 7:27 PM