Construction of the actual building has already begun for a new Maverik gas station and convenience store, opening soon north of Downtown Spokane. This is the latest in a series of new locations in our area, with even more planned. 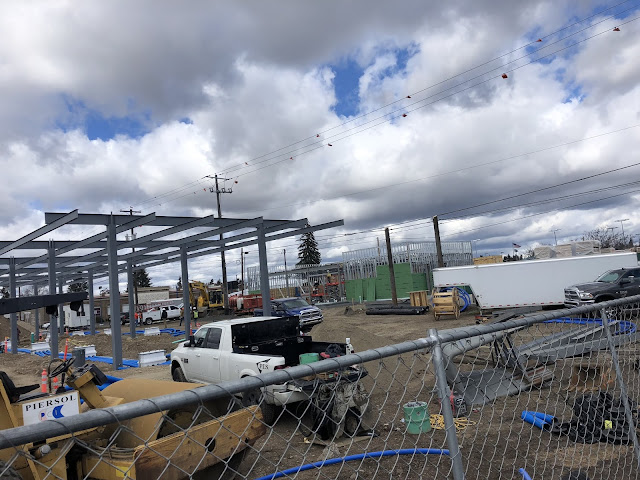 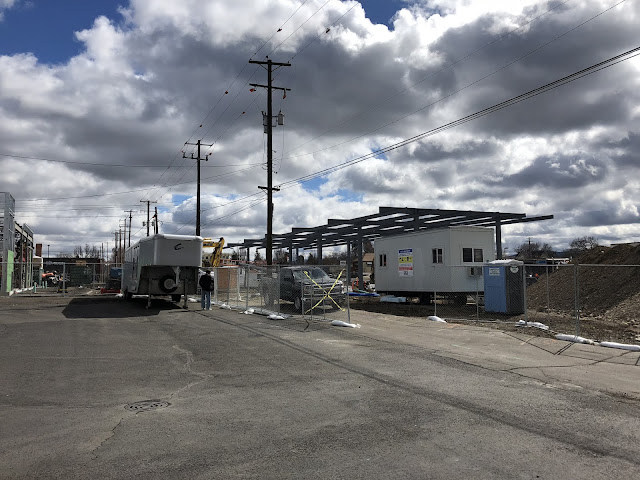 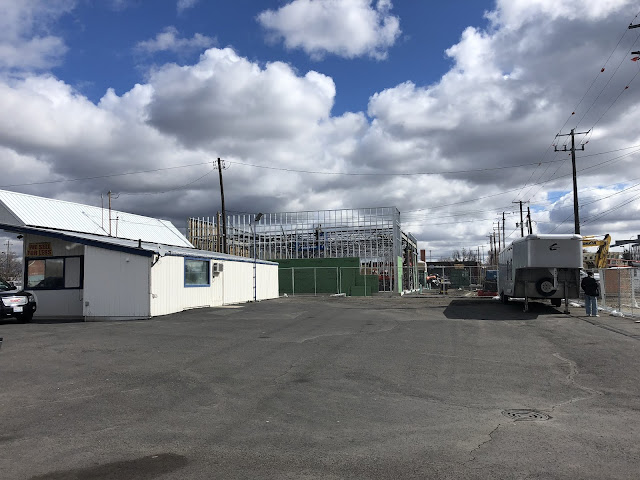 This Maverik will be just Southwest of the intersection of Ruby and Montgomery, with the building actually facing Ermina Ave. . The business will take up most of the block, leaving just the Budget Lot used car dealership remaining of the original structures that once occupied the land. Plans call for this location to have fuel pumps and a 4300 square foot convenience store with beer, wine and the "bonfire" brand of hot foods that are sold in most Maverik's.

This will be the 8th location for the Maverik gas station chain in the Spokane area, and the 10th in the Inland Northwest. An impressive feat for a company who just began opening locations in our area in 2013. But they aren't done growing here just yet, more locations are also planned at:

W. Pointe Pkwy at I-90 in Post Falls ( also already under construction )
Mullan Ave. at Hwy 41 in Post Falls
Barker at Montgomery, just south of I-90 in Spokane Valley
Government Way at Dalton in Coeur d' Alene

For more info on Maverik, visit their website at http://maverik.com

Posted by Matthew Behringer at 11:38 AM