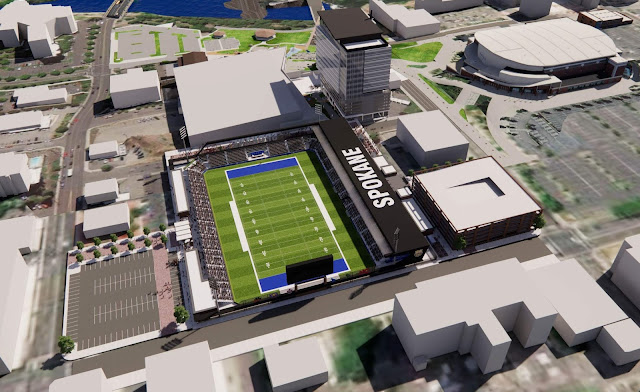 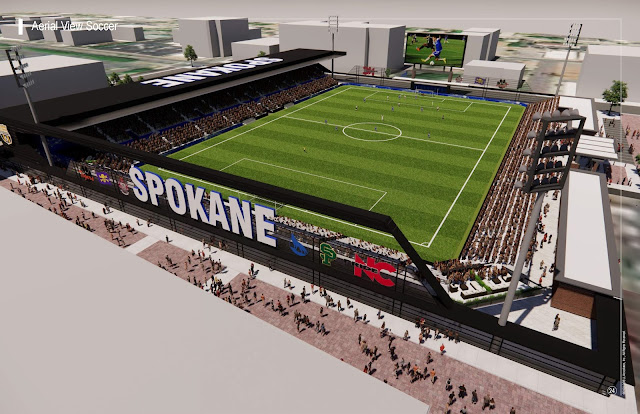 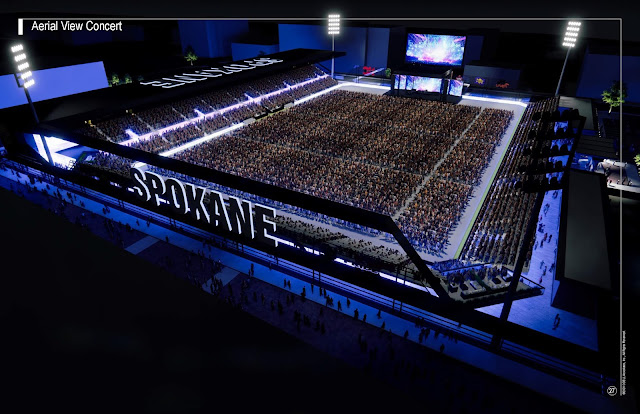 A new partnership has leaders revisiting the possibility of building a stadium in Downtown Spokane. The Downtown Spokane Partnership and the United Soccer League announced today a new proposal for a 5000 seat stadium.

Similar to the previous proposal the new stadium would be home Spokane Public Schools football and soccer games, but would also allow for bringing a new professional soccer team to Spokane playing for the United Soccer League. If built the stadium would be in the North Bank area of Downtown Spokane, immediately north of currently under construction "The Podium" multi-sport complex and nearby Spokane Arena.

The Downtown Spokane Partnership touts that the partnership would save Spokane Public Schools millions of dollars. They say the district would save $17.5 million in operations and maintenance expenses by entering into a formal partnership for a Downtown Stadium with the Public Facilities District operating the venue if approved. They also go on to say that the proposed stadium would generate $11.4 million in annual economic impact.

The United Soccer League, included in this proposal was not a part of the advisory vote in 2018. The USL team would provide a contribution to the capital investment needed for the construction of the stadium. USL'S COO and chief real estate officer Justin Papadakis said " We have been working to make the dream of having a professional soccer team a reality for the past few years and this partnership proposal is one we think the community will strongly support " .

In addition to the SPS sporting events and the new Spokane professional soccer team games the new stadium would also be able to be used concerts and other large scale special events. Drawing in additional economic impact.

The Downtown Spokane Partnership plans to submit their proposal to the Public Facilities Board and the Spokane Public Schools Board for review in the coming weeks. At this time this new Downtown Stadium is only a proposal so we will continue to watch this project should it come to fruition with construction,etc...

Posted by Matthew Behringer at 12:33 PM