Located along Flint Rd, just north of Spokane International Airport and near the Airway Heights / Spokane city limits will soon be several industrial projects bringing more jobs to the Inland Northwest. Here is what we will see coming this year...
Selkirk Pharma
Furthest along is the new manufacturing facility for Selkirk Pharma, which has already gone vertical at 9110 W. Granite. Earlier reporting says this new building will be a 147,600 square foot facility for the Spokane based injectable drug manufacturing and packaging start-up. 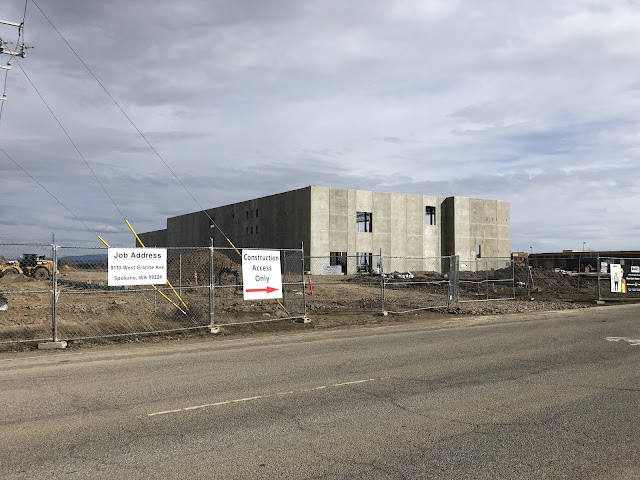 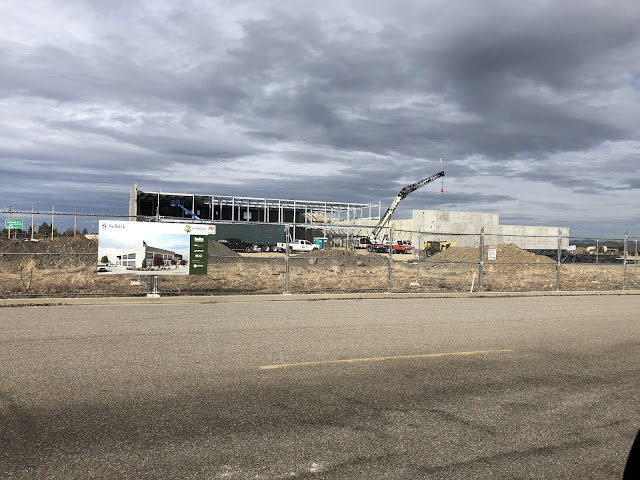 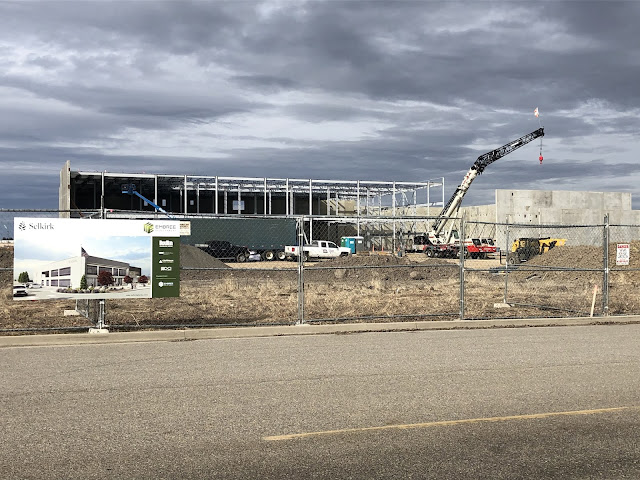 INBW staff photos
It is estimated that once Selkirk Pharma begins operating they will employ about 300. Bouten Construction is the project's general contractor, Bernardo Wills Architects is doing the architectural work, Coffman Engineers and DCI Engineering are providing engineering services for the project.
McKinstry Fabrication Facility
In the coming weeks a new roadway and infrastructure will be build on the west side of Flint Rd and south of the existing Triumph factory. The project will add several more industrial lots and will be built in phases.
Planned to build on some of the new space is a 67,500 square foot warehouse and fabrication facility for the Seattle based McKinstry Co. . We reached out to the company for more info but have received no comments on this project.
Puget Sound Pipe & Supply 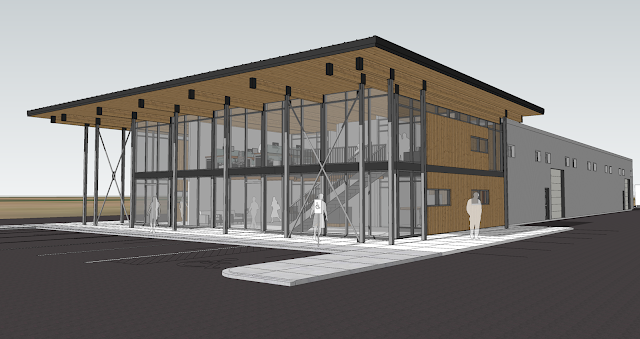 Project rendering provided by Fusion Architecture
Puget Sound Pipe & Supply will also build in the new construction area off of Flint Rd. . The Kent based pipe valve and fitting manufacturer and retailer will build a new 20,000 square foot building, and according to an article in the Spokane Journal of Business from last year the new facility will employ about 20.
The new facility will include both office and warehouse space and will be designed by Spokane based Fusion Architecture. When we reached out they also noted that they intend to use local contractors on their project and hope to start construction this Spring.
Posted by Matthew Behringer at 12:18 PM