The Quality Inn hotel at 104 E. 4th closed down several months ago following the sale of the property. The hotel was quickly blocked off with construction fencing but otherwise has been left closed and empty ever since. Speculation however pointed towards the eventual plan of converting the hotel property into apartments. 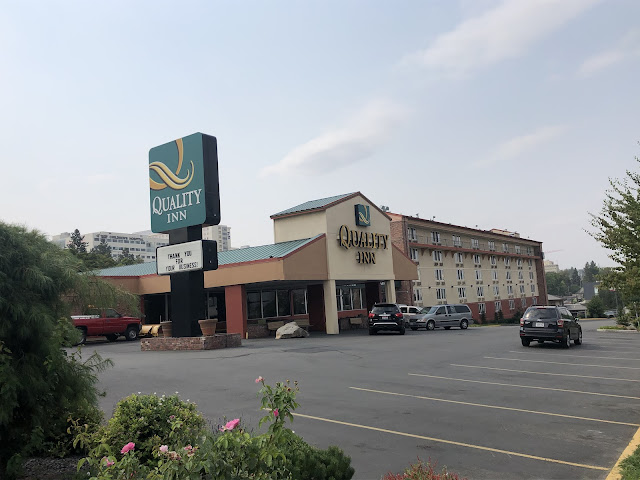 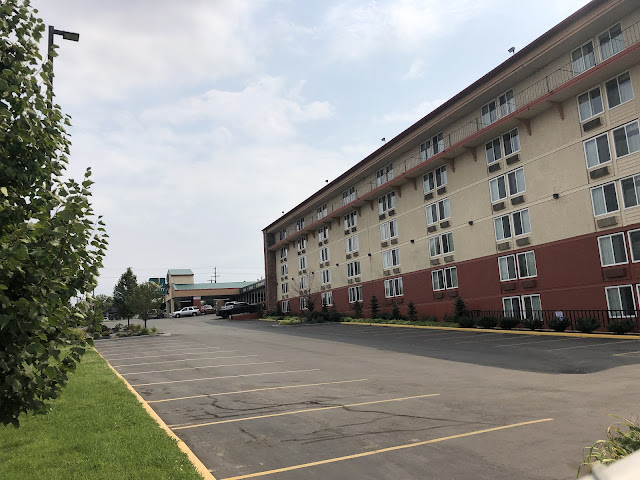 This past week that plan was more set-in stone as change of use permits, we're finally applied for with the City of Spokane to begin construction at the site and build out apartments. This doesn't provide us with a construction timeline or opening date, but it does reveal the plan to re-purpose the structure into 153 apartments, looking to be all studios with the project planning to add kitchenettes to the units. The permit indicates the project is valued at $3 million and will be built out by Cliff Thorn Construction of Richland as the general contractor.

Additionally, the permit mentions 2733 SF of business use space and 7025 SF of "assembly" space. It's not explained if this is being included for common areas / leasing / support offices for the new apartment complex or if some might be used as leasable commercial space as the Quality Inn formerly held lobby space and a bar / restaurant that would also likely be converted into something. We've attempted to reach out to the new owners on a couple of occasions and never received comment.

The project paperwork also shows the building will go by the name The Olmstead Apartments and is a project of Portland based Fortify Holdings, LLC., the same company that has been acquiring hotels around the Northwest in the past few months for similar projects. Even here in Spokane they are re-developing the former Downtown Days Inn on 3rd into The Imperial Apartments and the former Econo Lodge, west of Downtown on Rustle Ave. into The James Apartments. It's not an indication of what rental rates will be for The Olmsted but rent at both of Fortify's other local projects start in the $1,100 a month range.

Keep watching this site as we plan to keep an eye on this project, and of course all other construction around the Inland Northwest.