Portion of the former Luigi's building to be converted into apartments

Following on the heels of a few other Downtown building re-purposing's, plans are moving forward to convert another Historic building into apartments.  Permits we're applied for this week to convert the second and third floor of the building at 245 W. Main into rental units. 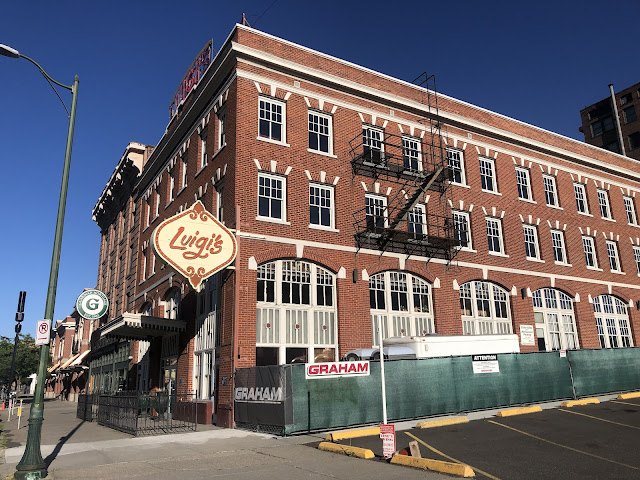 The space has been used previously as office space and the ground floor was last used for Luigi's Italian Restaurant, who's signage still remains on the facade despite the eatery having closed some time ago. The ground floor is shown as not included in this new round of permits and will remain commercial with no mention of a new tenant.

The top floors will be renovated and built out into 12 new apartments with one- and two-bedroom floorplans. In all 8 one bedroom, 3 two bedroom and 1 accessible two-bedroom units will be created. As this is only the permitting stage there is not yet news on what the rental rates will be or when the units might start to become available.

Graham Construction, of Calgary and with offices in Spokane Valley is acting as the general contractor for the project with design work being done by ZBA Architecture of Spokane.

Posted by Matthew Behringer at 4:01 PM