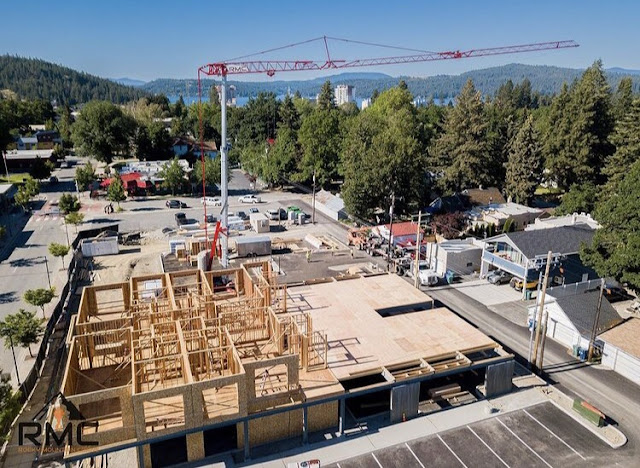 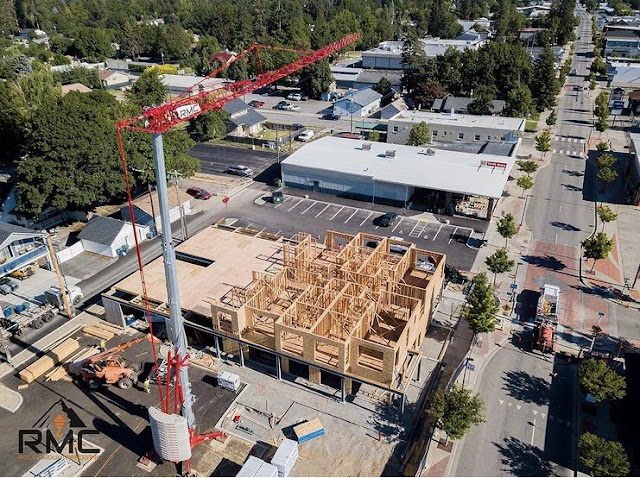 Photos taken during the project's construction, used with permission from Rocky Mountain Crane.

An impressive looking crane from McCall based Rocky Mountain Crane now stands tall over a site in the 800 block of N. 4th St in Coeur d' Alene's Midtown neighborhood. The crane is bringing people's attention to an exciting new project going up at the site which as you can see is progressing nicely.

We paid a quick visit to the site this morning to get an update, framing seems complete and inside work is starting on the first of what will someday be two mixed use buildings. Plans call for 2800 SF of commercial space on the ground floor and 16 apartments on the upper floors with a combination 1- and 2-bedroom units and an elevator. The current building is scheduled to open in March-April of 2023 with Aspen Homes acting as the general contractor and Eric Hedlund Design, LLC doing to architectural work on the project. 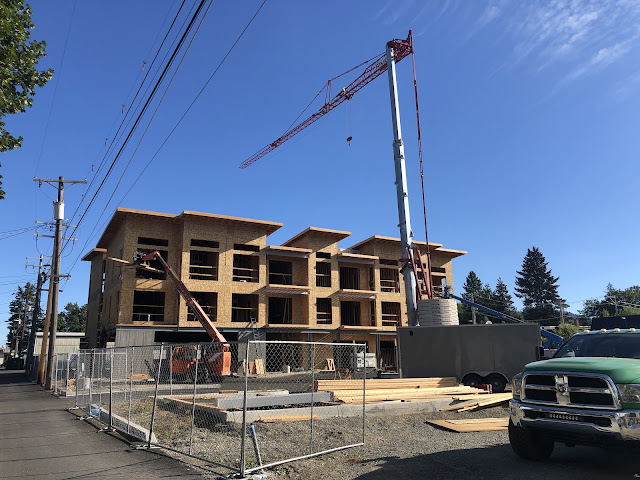 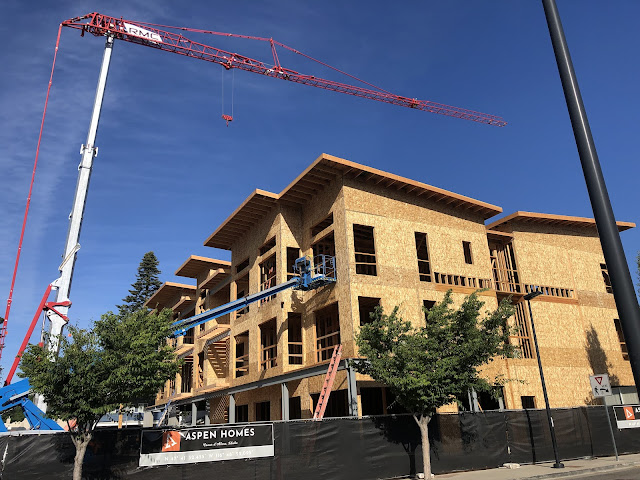 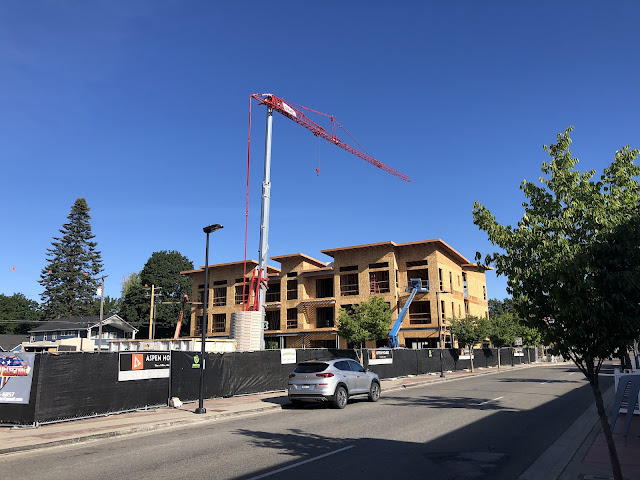 No businesses have been set yet for the commercial space as the developers are waiting for building completion to lease this space, which will open up to a public park once complete.  In the future a second mixed use building will be built on the southern end of the site at the corner of 4th & Roosevelt, that building is in the planning stages now.

Posted by Matthew Behringer at 2:32 PM