Bangkok Thai is currently in the planning phase of new location coming soon to Liberty Lake. This will be the local restaurant's 4th location adding to existing locations in Spokane Valley, South Hill and the University District neighborhood.

Bangkok Thai would occupy a new construction building that is to be built at 1312 N. Whitman Ln. on the back half of a new commercial development at the corner of Country Vista Dr and Whitman. The front half of the project is already open and home two new buildings housing Children's Choice Dental, Reese Boutique and the newly relocated Palenque Mexican Restaurant. 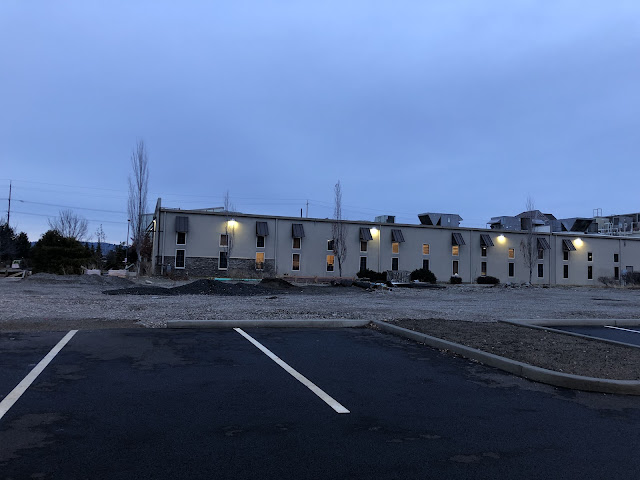 The currently vacant lot where the new Bangkok Thai restaurant will be built.

According to the permit filings on the City of Liberty Lake's website the new restaurant building would be 3900 Sq Feet with Silvey Construction acting as the general contractor and architectural design being done by Bernardo Wills. We asked Bangkok Thai about the location, and they said they are currently finalizing design work and they hope to open at the site this Summer, although no date is set. The new Liberty Lake Bangkok Thai would feature a full bar and the same menu as their other stores. 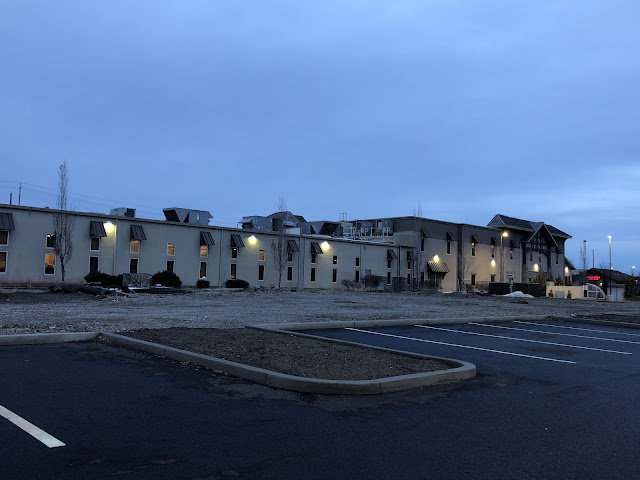 Showing the vacant lot next to where the project's other new building will be located with the F5 Networks building in the background.

Also, another new building is also in the works at the same site directly to the east of where the new restaurant will be built. That building is shown on permit records to be a 4700 Sq Foot multi-tenant commercial building at 1310 N. Whitman. Marketing flyers for the development show a portion of that building is also already leased to a business but it isn't known yet who will open there and there is still 2200 Sq Feet of space there still open to be leased. Leasing is being done by Steven Daines of Daines Capital Commerical Real Estate, with more info online at http://dainescapital.com

For more info on Bangkok Thai, visit them at http://www.spokanebangkokthai.com

Posted by Matthew Behringer at 10:01 AM