Life is finally coming back to Silver Lake Mall off of Government Way in Coeur d' Alene! The mall which in that last few months was taken over by Rouse Properties has been hit hard by the economy,most weekdays one can walk thru the mall seeing only a few customers at the exsisting stores but major store changes are already happening at the mall. Those new stores and stores that have moved include...
Timberline Trading Company - An outdoor gear,clothing and gift store which had been in the southeast mall anchor spot facing Government Way and Hanley. But the store is downsizing into the space that was last the Americantiques Antique Mall. The new Timberline space is directly next door however is smaller,taking up 2 storefronts.
Wiggett's Too Antiques - Americantiques left earlyer this year to move to a more prime space in Downtown Coeur d' Alene,leaving Silver Lake without an antiques store,something most malls don't have but was a nice addition. But the antiques void is being filled by popular a Downtown store , Wiggett's Antiques. Wiggett's Too will open very soon at Silver Lake in the space that was last Hallmark.
Bulldog Pipe & Cigar- Bulldog has moved closer to center court in the space that was last Relic Moon Body Peircing, Relic Moon is also still a mall tenant just farther down towards Sears.
Huckleberry Thicket- Huckleberry Thicket has also moved. They are now in the mall's center court in the space where Skin Deep Cosmetics was last.
Devine Images Northwest- Devine Images has had a advertizing kiosk in the mall's center court for sometime but is now investing in the mall by opening a new photography studio across from Claire's in the Sears Wing.
Radio Shack- Sadly the Silver Lake Mall Radioshack location has closed. A sign posted on the storefront grill reminds shoppers that the other Coeur d' Alene Radio Shack location on Best Ave near Hastings is still open.
And now for the big news...
Joann Fabrics- Joann Fabrics will open a store at Silver Lake Mall soon. For info on that please view this recent post-
http://inlandbusiness.blogspot.com/2012/10/joann-fabrics-to-open-new-store-in.html
A national retail tenant- Sources from the mall's Facebook page have mentioned the reason behind Timberline Trading Company moving out of the anchor spot is because the mall will soon announce a new "national retailer" that will take this space. We don't know who yet but it does sound promising,stay tuned....
For More info Rouse Properties' Silver Lake Mall visit-
www.silverlakemall.com or search Silver Lake Mall on Facebook 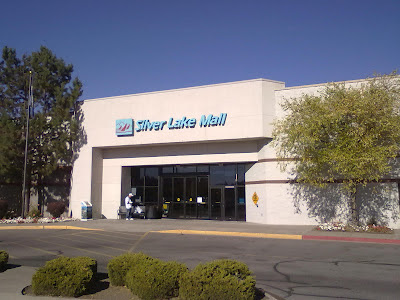