The Spokesman Review is pushing forward with their plans to print the paper and some other printing projects in Spokane Valley. As most know the Spokesman Review has been printed in Downtown Spokane for decades, but times are changing and it was announced recently that the paper plans to acquire a new smaller, more efficient printing press and relocate where it is printed. This allows them to open up the Downtown building for re-development.

Baker Construction is the contractor for the new facility which will be in a 65000 square foot at 19223 E Euclid, just off of Barker Rd in Spokane Valley. And, as seen in the photos below construction of the main building has gone vertical with much of the outside wall panels now in place. 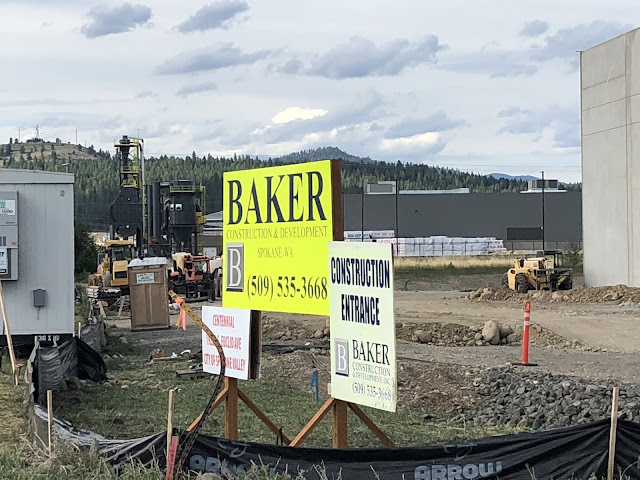 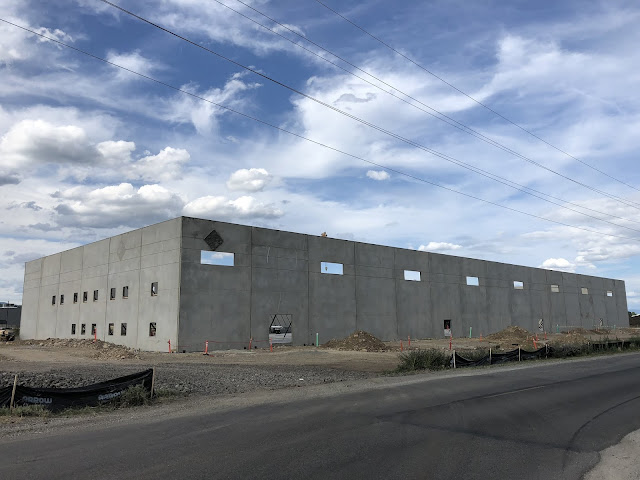 Printing operations are to begin at the site on or about March 1st, 2020. A couple more warehouses for other companies are planned to also be built at the same site in the near future.

Posted by Matthew Behringer at 6:22 PM