The ground floor bays of the buildings we're set aside for commercial uses and those spaces are now fully leased out. One space is now occupied as the new home of Prairie Dog Pet Mercantile who is already open, having relocated from another Kendall Yards storefront to the new larger store space. Spark, a non-profit will take over the former pet store's space.

But more is on the horizon and a recent review of building permits, along with a healthy dose of research has uncovered what else will be opening soon in Kendall Yards.... 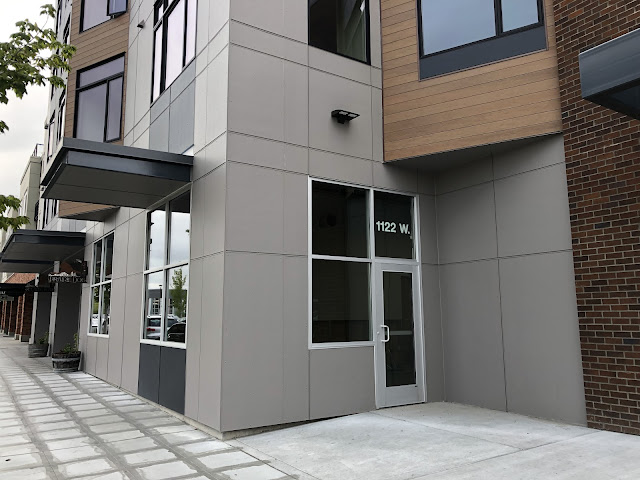 A new restaurant called Sorella is planning to take about 2000 SF of space at 1122 W. Summit Pkwy. We contacted an individual with the new eatery for more info, but it's too early for them to comment. 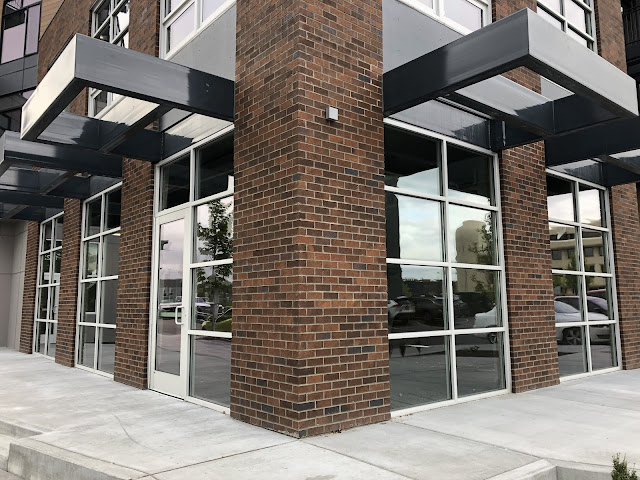 Locally based The Great PNW is a Northwest themed apparel company that is planning a retail store in about 975 SF of space at 1098 W. Summit Pkwy. The photo above is not marked with any address but is about the only place this space could be constructed. 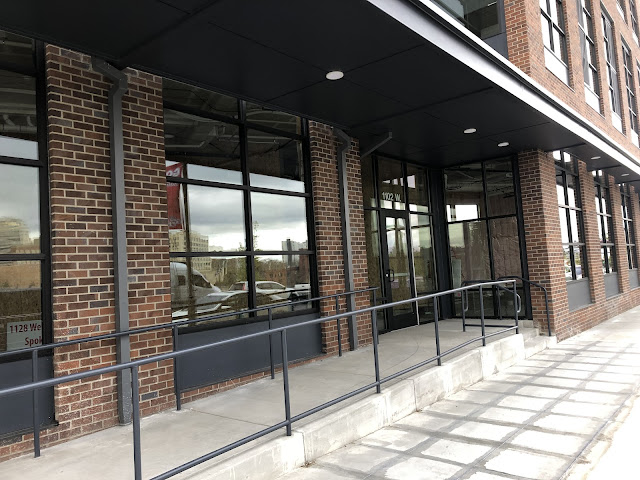 Tamale Box is a local business that has become known for online and farmer market sales of tamales and salsas. They will evidently now be opening a new brick and mortar establishment as they have applied for a permit to convert 548 SF of space at 1102 W. Summit Pkwy #101 into a new restaurant. In the photo above the suites of this building haven't been divided yet but logistically speaking this should be suite 101. 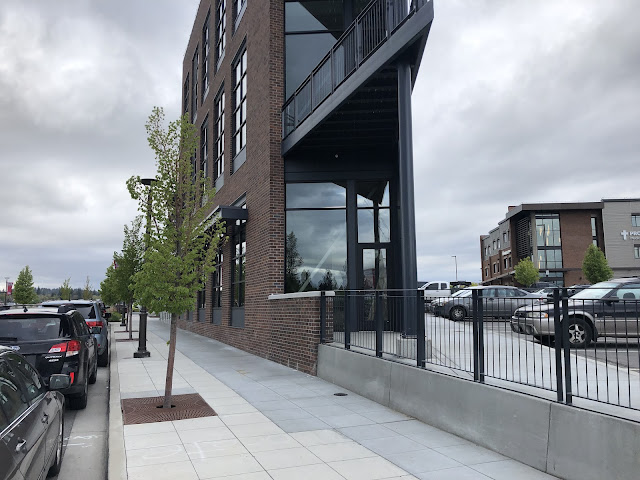 Local coffee roaster New Love Coffee recently launched their first coffee shop in Liberty Lake's NoLL development. But they also have their sights set on Kendall Yards as a second location of the business as another New Love Coffee is planned for 1102 W. Summit Pkwy #102 .

What's next at Kendall Yards?

Construction will likely start as early as this Summer for a new office complex for Premera Blue Cross, who is planning to move from a site east of Downtown to a large new construction building on the south side of Summit Pkwy near the entrance to Kendall Yards. We are constantly keeping an eye out for more news on this project.

Also, developers have proposed a new apartment building at the corner of Broadway & Walnut in the West Central neighborhood. just a couple blocks outside of Kendall Yards proper. If built as it is currently presented the 4-story apartment building will offer 37 apartments, parking below the units and a possible name of Harrington Apartments. This project is only in the " pre-development conference " phase meaning it's not officially underway as of yet and could be shelved.

And, as always, stay tuned to this site as we intend to keep an eye on all new construction projects, not just in Kendall Yards but all of Spokane and Kootenai Counties.