XCraft has already been a popular topic of discussion lately, after appearing on a recent episode of the hit ABC TV show, Shark Tank. The company, was so successful on Shark Tank, that they we're able to get all of the " sharks " to invest in their unique and cutting edge drone business. 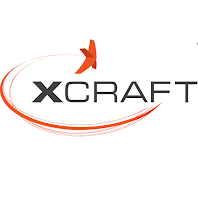 But, it's not just the sharks on Shark Tank who have taken notice of XCraft. The company, which had been in a small space up in Sandpoint has been developing exciting new drone technology for sometime now, and with the drone market white hot right now, XCraft is poised to succeed. The company manufactures drones that can hover, fly faster and turn more easily then the conventional models. They also have a very exiting new concept that is currently in development, the Phone drone which would allow your smartphone to be flown around on a compact base. XCraft's drones truly are the future of the drone industry, being made today.

But, with all the recent consumer interest , and perhaps some newly found investments, XCraft needed more space. Which they now have, as they recently relocated their corporate headquarters from Sandpoint to a new, larger location in the heart of Downtown Coeur d' Alene.

XCraft's new HQ is located inside the former Wine Cellar / Kyle Rutley Fitness space in the 300 block of E. Sherman Ave. . The new HQ space is now open and has space for all of the company's employees, as admin, research & development and even product manufacturing are all done from the same location. Currently XCraft employ's 9 and is also actively looking to bring on interns to teach about them about the their industry and entrepreneurship.

XCraft's drone's are available for purchase / pre-order ( in the case of the Phone Drone ) on their web site, which can be found at-