The Long Ear, Coeur d' Alene's locally owned & operated record & CD store has weathered the storm. Surviving over 40 year in business, with the last 30 of those years in Coeur d' Alene, The Long Ear continues to be one of the Lake City's favorite businesses.

And now they are making preparations to relocate their store into a building that's being vacated by another long running local business. The Long Ear announced recently that they plan to move out of their location on the north side of Midtown Coeur d' Alene for the former home of Phil's Army - Navy Surplus store at 1620 N. Government Way. . Some of the move has already been completed , as can be seen in this photo- 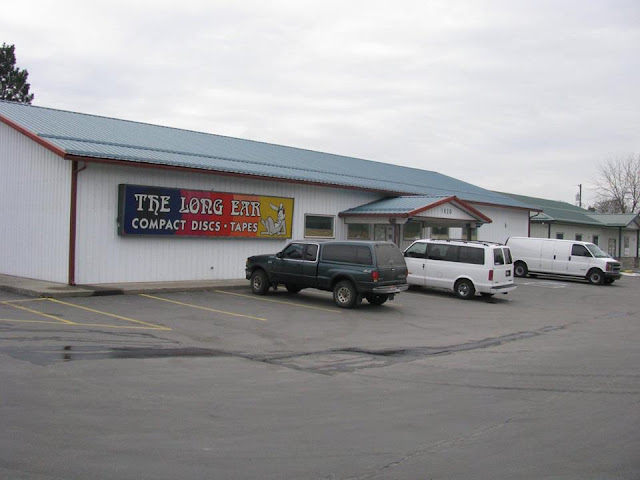 The store's merchandise will remain the same, selling records, cd's , tapes , music memorabilia and much more. But the new location will also allow them to expand upon their clothing selection, something that was a bit limited at their old home. The Long Ear has built itself a positive local reputation for good customer service and most notably selection. The Long Ear has likely hundreds more music choices then their competitors, which are mostly just the small selections of big box stores.

For more information on The Long Ear, visit their website at-

Posted by Matthew Behringer at 12:30 PM