McDonald's planning new drive through only restaurant near Gonzaga 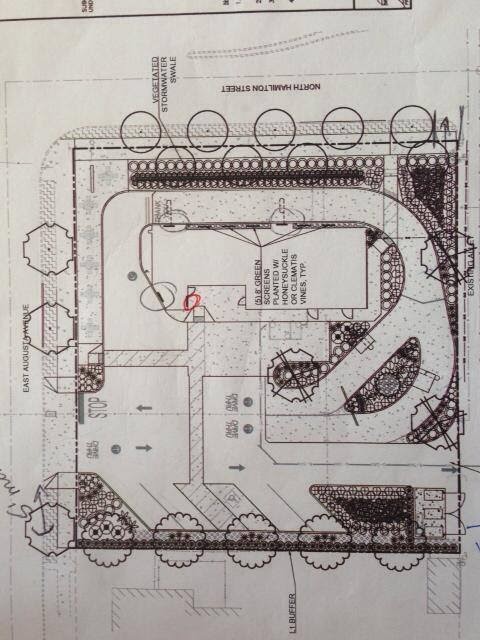 With recently opened new locations in Wandermere and at the Riverstone Development at Coeur d' Alene. McDonald's isn't stopping their investment further into the Inland Northwest with the recent announcement that the Illinois based chain is planning a new location nearby Gonzaga in the Logan Neighborhood. And, there is one big aspect of the site plan that's already starting to raise some eyebrows.

That controversial plan aspect is the fact that this new McDonalds will be built as a drive through only restaurant with no inside dining area and only about 7 parking spaces which will most likely be for employee parking. For many in the Logan Neighborhood this is negative, and that's in main part because, as was posted on Chairs Public House's ( another new Logan Neighborhood business) Facebook page

" it ignores long-term and current neighborhood plans for pedestrian-oriented development along Hamilton Street and will add more traffic to residential streets" .

Logan Neighborhood officials and residents have made contact with McDonald's Corporate Office on this issue but so far not much progress has been made. Expect to be hearing a lot more on this fight in the near future all around the city. We will also keep an eye on this issue as well.

This new drive through McDonalds will be one of very few locations without inside dining. The restaurant will be located on the Southwest corner of Augusta Ave. and Hamilton Ave. McDonalds has purchased two lots on the corner there and will demolish a closed quick lube business and a private home that are currently on the site. The location will feature the double drive through lane concept which is being added to the majority of new McDonalds locations.

The new Logan Neighborhood McDonalds is due to open in July and will be just under 4,000 square feet with no mention as of now about how many new job will be created.

For more information on McDonalds, including how to contact the chain visit their web site at-

Posted by Matthew Behringer at 6:36 PM