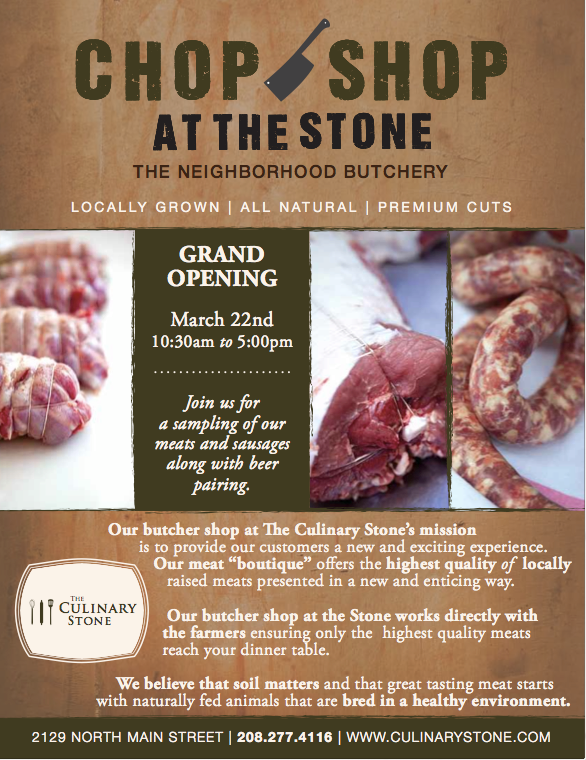 The Culinary Stone opened late last year and has become quite popular. The business is an upscale culinary store and gourmet grocery store filling an anchor space in the Riverstone development. The businesses address is 2129 N. Main St.

The Culinary Stone's butcher shop will be called Chop Shop at The Stone . The Chop Shop is described as a boutique meat shop with local and natural meat cuts available. A grand opening is planned for March 22nd and more info on that is posted above.

Posted by Matthew Behringer at 7:13 PM