University of Washington to open office in Downtown Spokane

The former Visit Spokane Visitor Center building at the corner of Browne and Main,Downtown has looked a bit sad, being empty since sometime last year. Visit Spokane is still up and running, working to promote Spokane just as hard as ever. But they did move their visitor center to a kiosk near the main entry to River Park Square, leaving the City owned building un-used.

But after a vote by City Council,that will soon end as they have decided to allow the University of Washington to remodel the structure and move in later this year. The new location , which will be called UW Spokane Center should open around May 2015.

Here is a look at a rendering of what the building will look like once the conversion to UW is complete: 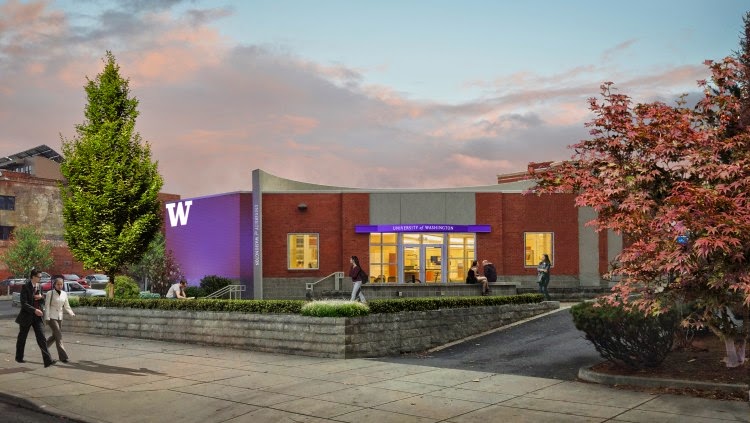 No classes will be offered by the University of Washington at this site. Instead they plan to use the building as a sort of outreach center / office building. The center will have offices for people wanting to get more info on the school from Western Washington, alumni relations and even some event space.

While not a retail store this new UW Spokane Center does show a limited amount of UW themed products in the renderings on their official web site.

The UW Spokane Center will employ 6 and is using the locally based Blue Room Architecture & Design for all design work. Although the building itself will be on a lease agreement with the City of Spokane.

University of Washington beat out two other bidders for use of the building. They we're Horizon Credit Union, who planned a branch there and a bar and restaurant from the same ownership as Fast Eddie's on N. Division, also Downtown.

For more information on the University of Washington, visit their web site at-