It seems like Starbucks Coffee is always either opening a new location in the Inland Northwest or working on a remodel of one of their existing local stores. While Starbucks is far from a locally owned and operated business, that I usually try to make this blog all about, there is something to be said about how much they invest here. 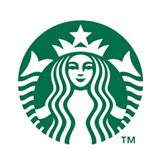 And, now Starbucks is embarking on improvements to two of their locations in the Coeur d' Alene, one a full remodel and the other a move to a new stand alone location. Here are the details-

Starbucks has had a location in the Ironwood Square Shopping Center in Coeur d' Alene for sometime. But, the location was in a leased in line shopping center space, with no drive through and perhaps not enough seating to serve the healthcare and office centered neighborhood.

Starbucks response is to move from the existing store ( 212 W. Ironwood ) to the former Schlotzsky's Deli building , which was abandoned when Schlotzsky's closed last Winter. The new location is a stand alone building with an a drive though lane already attached.

The building will be remodeled fully with construction crews already hard at work. The move by Starbucks will be major with the chain going from roughly 1,400 square feet of space up to 2,157 square feet. It is estimated to be open sometime in Spring.

Starbucks is also planning a full remodel of their partner location located inside the Coeur d' Alene Target store at 315 W. Canfield. This location had been small and shared space with a Target Café , a snack bar type establishment.

The plan is for the Target Café to be removed for all of the square footage to be used by Starbucks. It will likely include more seating area, more work areas for Starbucks. And, the menu of the new Starbucks will change as this location will also now include sandwiches and more display areas.

This location will close for a time, after the first of the year with the new Starbucks estimated to be open by around Valentine's Day.


For more information on Starbucks, visit their website at-

http://www.starbucks.com
Posted by Matthew Behringer at 7:00 AM