Spokane's culinary scene continues to expand and evolve and one of the newest major player's in the Spokane culinary community is surely Chef Chad White. Chef White, a former contestant on Top Chef , relocated to Spokane ( his original hometown ) from San Diego a couple of months ago and already has two new restaurants already in the works for Spokane. One restaurant is Native Post & Provisions , which will feature local foods, but has yet to find a home and the other is the basis for this article. 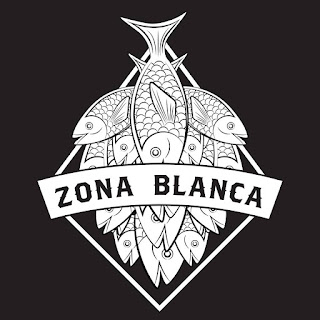 His newest restaurant will be a small ceviche bar called Zona Blanca , designed to expand Spokane's ethnic food options and provide a new casual dining option to the cities core. Zona Blanca will actually join the same space as the new " brewery incubator " / Steel Barrel Tap Room at 154 S. Madison . The exact menu is of course still a work in progress, but will highlight dishes of the coastal regions of Mexico, some Mexican street food dishes may also be added to the Zona Blanca menu.

The new restaurant / bar as aforementioned is part of the new Steel Barrel Tap Room project, which after a couple of years of planning and a move is now within site of opening. Steel Barrel will be the bar and beer tasting space of a brewery incubator that will one day house upwards of five different microbreweries. So far two new microbreweries , Young Buck Brewing and Little Spokane Brewing, are already signed on and setting up shop at the S. Madison location. We'll have more on the opening of that project as we learn more and get closer to opening, we also assume Zona Blanca will open at the same, or close to the same time as the rest of project.

For more information on Zona Blanca, a website is up and being built at-

Posted by Matthew Behringer at 10:06 AM