Spiceology continues to grow, the Spokane based company which develops and manufactures various spices, seasonings, rubs, etc. has gone from a being small start up at their founding in 2013 to one of Inc. Magazine's 5000 fastest growing companies as of 2020. Last year the company also secured  $4.7 million in funding and hired Maria Emmer-Aanes as VP of Retail & Grocery and Steve Mailiard was promoted to VP of Operations and Supply Chain, ushering in a new chapter for the company. 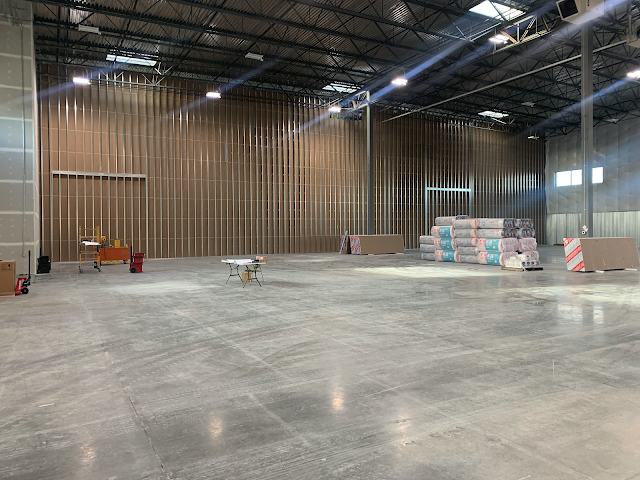 Interior of the new Spiceology space at Playfair Commerce Park, courtesy of Spiceology.

Along with the internal changes, Spiceology is also expanding with the recent start of construction on a new facility located at the Playfair Commerce Park, east of Downtown Spokane. The company plans to move their SpiceLab operations into the approximately 25,000 square foot space within the Playfair 3 building at 2700 E Ferry Ave.

They also will keep their current HQ and fulfillment facility open at 715 E. Sprague, which is roughly the same size as the new facility. Spiceology says they plan to move their SpiceLab operations the the Playfair site towards the end of Q1 and be operational with new automation around April of this year.

For more information on Spiceology, visit their website at- http://spiceology.com

Posted by Matthew Behringer at 3:03 PM