Selkirk Pharma,Inc. is currently constructing their first manufacturing facility at 9110 W. Granite Ave. near the border of Spokane / Airway Heights. The locally based, Selkirk Pharma,Inc. will manufacture ( fill and finish ) injectable drugs, including vaccines and biological therapeutics in the facility. 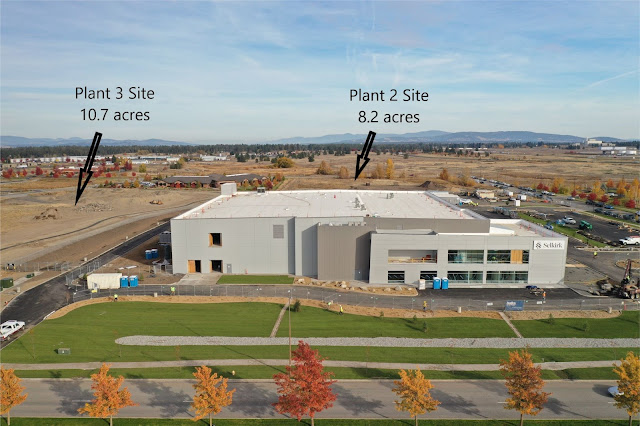 The building that is under construction as of today is only Plant 1, and will be a state-of-the-art 145,000 SF facility that is set to employ 35 when it comes online in March of 2022.

With actual production still a few months away the company is already expanding their campus and preparing for the future. The privately held company recently announced that they have executed a purchase and sale agreement to acquire 10.7 acres of land adjacent to their facility. The land acquisition expands Selkirk's campus to more then 27 acres, which will one day provide space for three stand alone factories. The company goes on to report that once at full capacity the Selkirk campus is expected to employ roughly 750 scientists, engineers and operations personal.

Selkirk and it's partners say the have invested over $90 million and will announce additional investments to the build out the remaining campus at a later date.