Back in August. we reported that the owners of Spokane Pizza Co. we're set to lease the now closed former Rocky Rococo Pizza space at 520 W. Main in Downtown Spokane's Bennett Block building. At that time they pointed out that they would open a new restaurant there but with a new name and branding, unlike their existing locations. 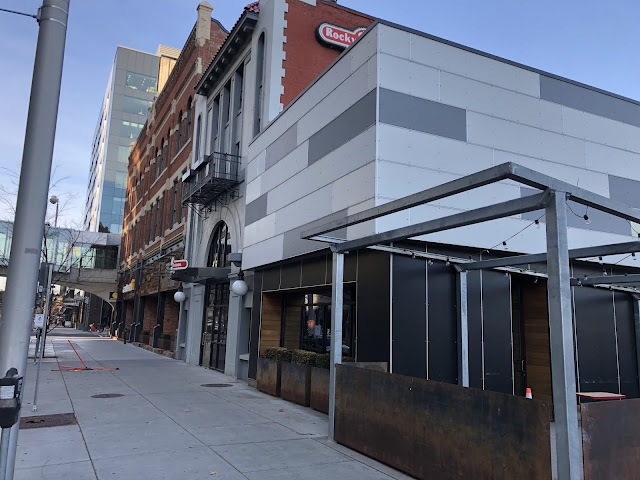 We are now learning that the new restaurant opening there will be called The New 63 Social House & Eatery. The name plays homage to the history of the building, which once spent a number of years as a movie theater, originally as The Ritz and most recently as Cinema 63. The name will also play a part in their cocktail menu as well.

The menu will be hybrid of Asian influenced meals, such as rice bowls, noodle bowls and various appetizer options. They say they will also have some pasta offerings and a fairly robust pizza selection. Additionally, by popular demand they will be keeping the salad bar for daily lunch service.

The new 63 Social House & Eatery will be an all ages establishment, in addition to having a full liquor license. They plan to offer craft cocktails as well as bottled beer from various countries and an 8 line draft system with a selection of local/regional offerings. Several TV's will be throughout the restaurant playing sporting events and old movies ( also calling back to the buildings history ).

Currently they plan to open their new restaurant either late next month of early in 2022. Stay tuned as we hope to have updates coming.