If you visited several of the farmers markets in the Spokane area over the summer, or several other local events for that matter, you probably recognize Tea's Co. . The small businesses bright multi color trailer isn't easy to miss.

The trailer sells a selection of tea's and tea lemonades with boba and jelly options all made to order and they we're actually one of the first to introduce the boba trend to the Lilac City. Owned by two sisters, Tea's Co. has gathered quite a following despite not having a a permanent store location. 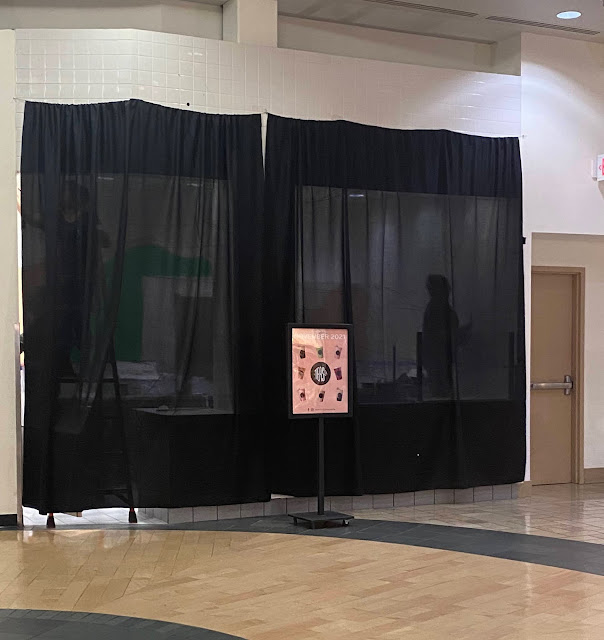 Pay no attention to the women behind the curtain... the location of the new RPS Tea's Co.

But, that's changing as Tea's Co. is currently renovating a space in River Park Square for a new more set location of their tea business. That space will be in the former Auntie Anne's space on the second floor of River Park Square nearby Polka Dot Pottery and Urban Outfitters. They plan to open for business there sometime during the month of November. It also appears they also plan to hit the streets again with their trailer once the weather allows again.

For more info on Tea's Co. including a look at their menu, visit- http://teascompanyspokane.com