Now that Coeur d' Alene's new Winco Foods grocery store is now open, we can shift our focus onto the other portions of this sizable project. Construction at the site is already well underway, and the shell of one a few new buildings at the site is already up. Here is a look at the store's that are planned for that building and what else is yet to come....

Before, moving on, let's take a closer look at the development as a whole. The site is at the corner of Appleway and Ramsey Rd. just about a block north of I-90. The development is solely commercial and is called Crossroads Coeur d' Alene. The project takes up land from Lowe's to Ramsey Rd. and Appleway to the Kroc Center. The developer of the project is Hughes Investments, a development firm based in California that is also involved in a couple of other projects in Kootenai County. Those projects aren't as far a long however, but do include Riverview in Post Falls and Bayview Gateway in Athol.

And now, for the tenant who are supposed to be opening soon at the site...

Tenants planned for the shopping center immediately to the west of Winco:
Note: Stores with an * by them are newly added since the last time I posted about this project

Tenants planned for other portions of the Crossroads development site:


Also a gas station of some kind is rumored to be planned. The site plan on Hughes Investments web site does show a gas station in the northwest corner with no other info.

And as promised some more recent photo's of Crossroads Coeur d' Alene: 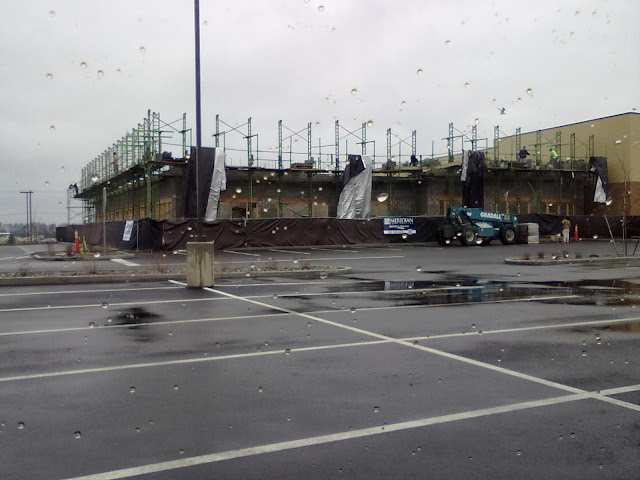 Above photo: The shopping center going up, taken looking north. 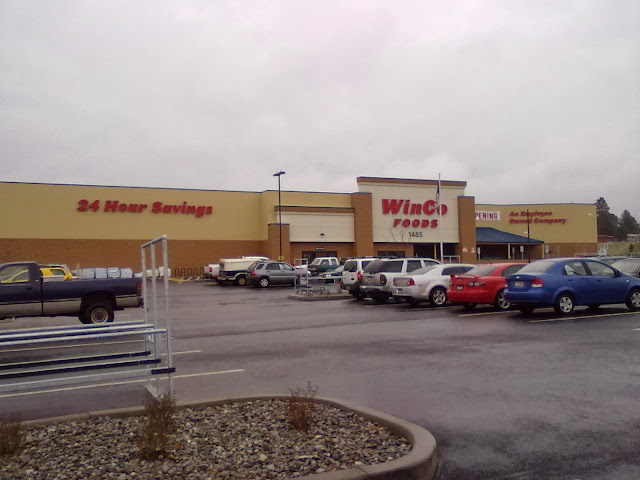 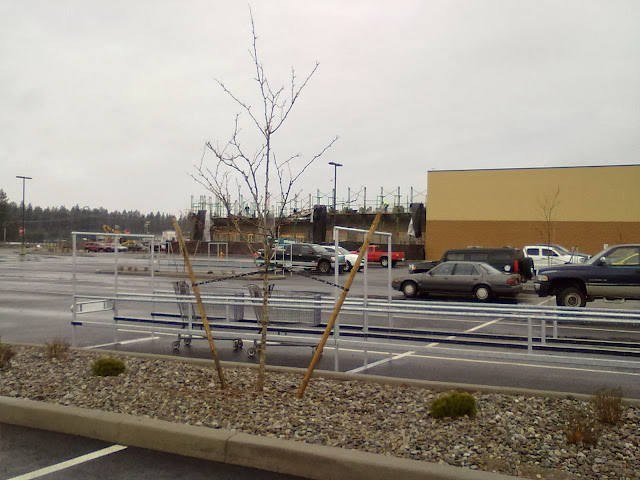 
Another interesting resource for info on Crossroads Coeur d' Alene can be the project's page on the Hughes Investments web site. Check that out at....

And keep checking Inland Northwest Business Watch, we will continue to follow up with any more info as we know it.
Posted by Matthew Behringer at 4:33 PM