Residents of Coeur d' Alene have seen the construction on Lincoln Way ( US 95, south of I-90 ) for sometime now. The good sized red brick office building, which is part of the Kootenai Clinic system of medical clinics and offices is one of the largest additions to the Coeur d' Alene medical community in some time.

And now, that building is officially complete and recently opened it's doors to patients. Here is a look at what all this new space contains-

Also the new building is home to the offices of Kootenai Clinic's newly formed Coeur d' Alene medical residency program. The residency is joint venture between Kootenai and The University of Washington. This program promises to be a huge economic driver for the Coeur d' Alene area providing training for many new doctors preparing to leave med school.

The new building is also home to Big Blue Coffee , a coffee stand which is located on the ground floor of the new space.

The new building is located at 1919 Lincoln Way and is part of the Kootenai Clinic system but still attached to the clinic's parent hospital , Kootenai Health. The new building is attached via a sky bridge to the next door Interlake Building, which is then connected via a underground tunnel to the main hospital.

The building was built and is still actually owned by Parkwood Business Properties of Coeur d' Alene. Parkwood is also the owner of the large Interlake Medical Office Building at the same campus.

Here is a look at some photo's of the new office building: 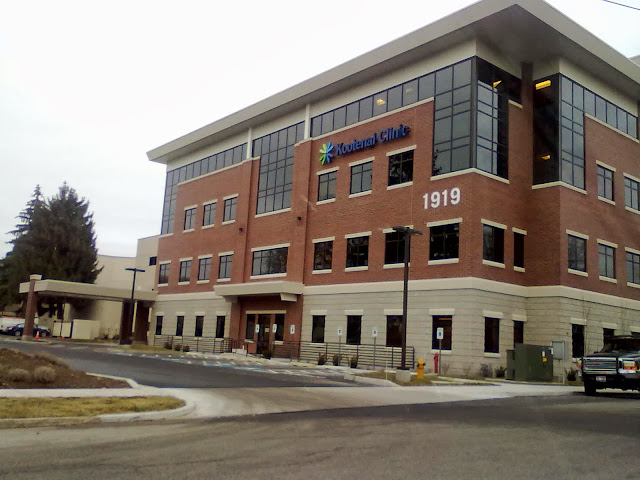 1919 Lincoln Way, from the rear of the structure. 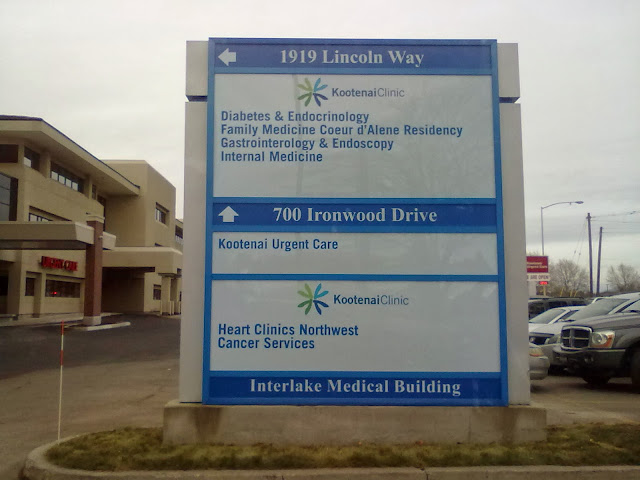 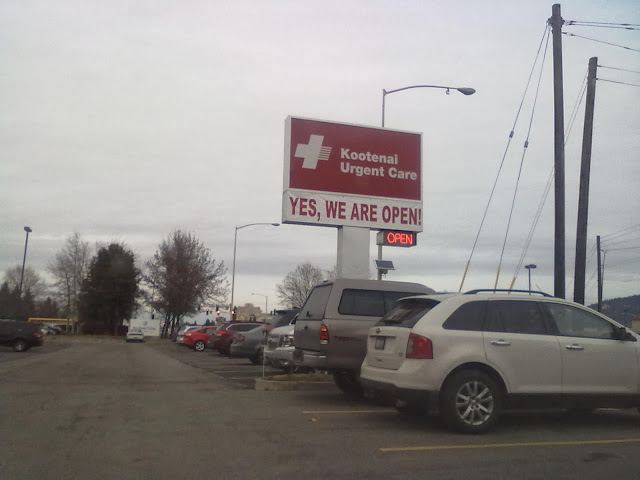 For more info on Kootenai Clinic visit-
www.kootenaiclinic.org
Posted by Matthew Behringer at 11:49 AM