Usually Habitat for Humanity spends it's time and money on building new residences for family's who can't afford the high price of a home / home loan . And, while that effort , and their Habitat ReStore retail efforts are continuing, the Spokane branch of the non profit is now taking the time to build for themselves.

Habitat for Humanity has acquired the former Pacific Wholesale Florist building at 1805 E. Trent Ave, east of Downtown Spokane. The non profit will remodel the entire building for their own uses, allowing Habitat for Humanity to move both their offices and retail store operations to one central location. 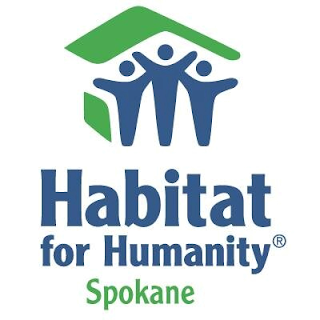 The remodel of the building will wrap up in the Spring of 2016 with Habitat for Humanity occupying the entire 27,000 square foot building. About half of the building will be used for office space, the offices will move there from 732 N. Napa. The other portion will be a Habitat ReStore retail store , which is moving to the new building from the Spokane Business & Industrial Park.

Habitat for Humanity ReStore sells building materials that have been donated by local contractors and the community. The donated items are then sold at prices marked well below the big box home improvement stores with profits going back into helping Habitat for Humanity build new homes.

Habitat for Humanity has built more then 260 homes in Spokane County. And, that number continues to grow with the non profit developing a new 100+ home subdivision called Hope Meadows in Deer Park.

For more information on Habitat for Humanity- Spokane , visit their website at-

http://habitat-spokane.org
Posted by Matthew Behringer at 10:17 AM