Chef Chad White, while originally from Spokane,who has spent the last several years building an impressive culinary career in San Diego is returning to the Lilac City. Chef White , a graduate of Central Valley High School owns two restaurants, one in San Diego and another across the border in Tijuana . Plans are to keep both restaurants in business, in fact the San Diego restaurant, Craft Pizza Co. , White hopes to franchise out for multiple locations ( Maybe Spokane will get one ?!? ) .

Most impressively, Chad White will be a contestant on Bravo's hit TV show, Top Chef in it's 13th season, which premiers next month. He has risen quickly in the culinary world, starting his chef career in the US Navy in 2002.

The big news for Spokane, is Chef White's plan to open an all new restaurant here in Spokane in the Spring of next year. That restaurant has no official location as of yet, but does have a name, concept and even a logo... 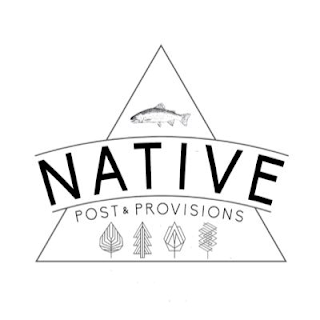 The Spokane restaurant, by Chef White will be called Native Post & Provisions and will be a small place, likely in the 40 to 50 seat range. Chef White is currently actively seeking a location for Native, which may end up Downtown, South Perry District, Kendall Yards or who knows? ( We will keep you up to date as we know )

Native Post & Provisions website describes the new restaurant as offering " Chad White's borderless flavor " . It will incorporate ingredients native to the Northwest from Seafood to Wild Game to seasonal produce.

Native Post & Provisions also already has a website, which is a bit basic as of now, but will likely have more information on the restaurant as the opening gets closer. That website can be found at-

Posted by Matthew Behringer at 10:12 AM