The Oregon based, locally owned,Growler Guys chain is building upon it's successes in the Inland Northwest with two locations in Spokane already open. And, now The Growler Guys is only a couple of weeks away from opening a new franchise location in Coeur d' Alene.

The Coeur d' Alene Growler Guys will host a grand opening celebration the weekend of November 20th & 21st . The new business is located at 225 W. Appleway , behind the Walgreen's at the corner of US 95 & Appleway . 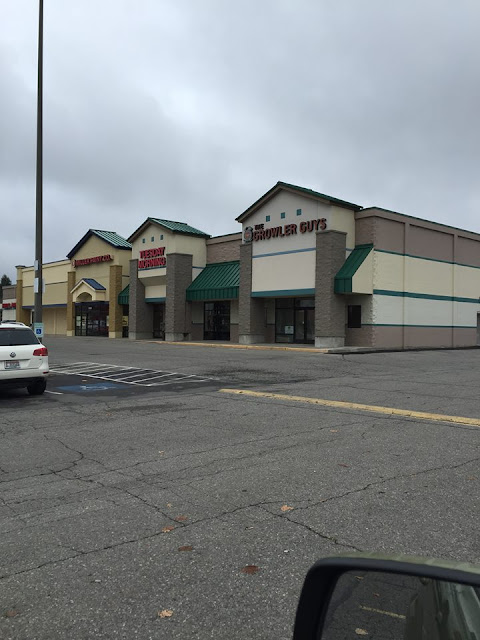 The new Coeur d' Alene Growler Guys will be a bit different then their locations in Spokane however. First of all, this location will have a drive though that is wrapping up construction of as we speak. And, while this new Growler Guys continues the chain's standard of filling growlers out of many taps, this store will also allow customers to sit in and enjoy a beer on site. This in addition to a limited food menu of wings, artisan pizzas and more.

Growler Guys in Coeur d' Alene will feature 48 taps for filling all sorts of growlers. Many different craft beers , many local , are available but also ciders, kombucha and cold brew coffees will also be on tap. And, during the grand opening , Growler Guys will be giving away 1500 free growlers with paid fill.

Posted by Matthew Behringer at 9:41 AM