What's going in out front of Lowe's on N. Division? It's Panera Bread!

I've been getting several emails asking about what is going in at the new construction site in front of Lowe's and next to Taco Bell on N. Division . Some thinking this might be the new Popeye's Louisiana Kitchen location we confirmed recently. It is not, Popeye's new store will be just north of there, in the same area as Sportsman's Warehouse ( more on that still to come... ) . 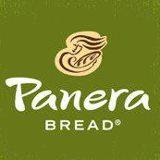 Actually this site is being developed for the first location of Panera Bread to fall within the city limits of Spokane. The chain first came to the Inland Northwest in 2015 with the opening of their now successful location at 15716 E. Indiana Ave in Spokane Valley. The chain also just this month wrapped up construction and opened a location in Hayden by the corner of US 95 & Prairie Ave.


The new Panera Bread being constructed on N. Division ( 6550 N. Division to be exact ) has no set opening date as of yet, but will likely be similar to the Spokane Valley location. In fact, the building will be the same size with 5100 square feet of space . It also will have both a dine in area and a drive through lane , like all of the Panera Bread chain locations catering services will also be available upon request. The new restaurant will employ around 65-75 total.


For the time being this is the only not yet open , but announced Panera Bread location to come to the Inland Northwest. There is speculation however that Panera might be a tenant in the now under construction Commons on Regal development on the South Hill but the developer there says he won't release planned tenants names for a while yet so we will just have to wait and see.

For those unfamiliar with Panera Bread, check out their web site at-


Posted by Matthew Behringer at 1:58 PM